It’s a big year for the iconic Japanese franchise that has inspired generations to “go catch ‘em all,” with two new movies to be released in 2019.

When Pokémon was first introduced to the world in 1996, even the creator Satoshi Tajiri could not have predicted the enormity of the franchise. Inspired by his love of catching outdoor creatures as a child, Tajiri’s childhood hobby was the seedling of what would grow to become the Pokémon universe that both children and adults adore today.

So, how has the more than 20-year-old franchise remained relevant and thriving after all these years? Pokémon has stood the test of time due to the unwavering innovation and creative evolution of its design that successfully intrigues both seasoned players and new gamers alike.

Now, two new movies in 2019 demonstrate a dramatic evolution of design, specifically of the Pikachu character that the world adores. While the graphic design differs between the two films, both Mewtwo Strikes Back Evolution and Detective Pikachu show an evolution in Pokémon design, moving away from the cartoon version to a more interactive and realistic design.

Let’s take a look at the way the design has changed for the world’s largest media franchise.

The Video Games: From Pokémon Red and Green 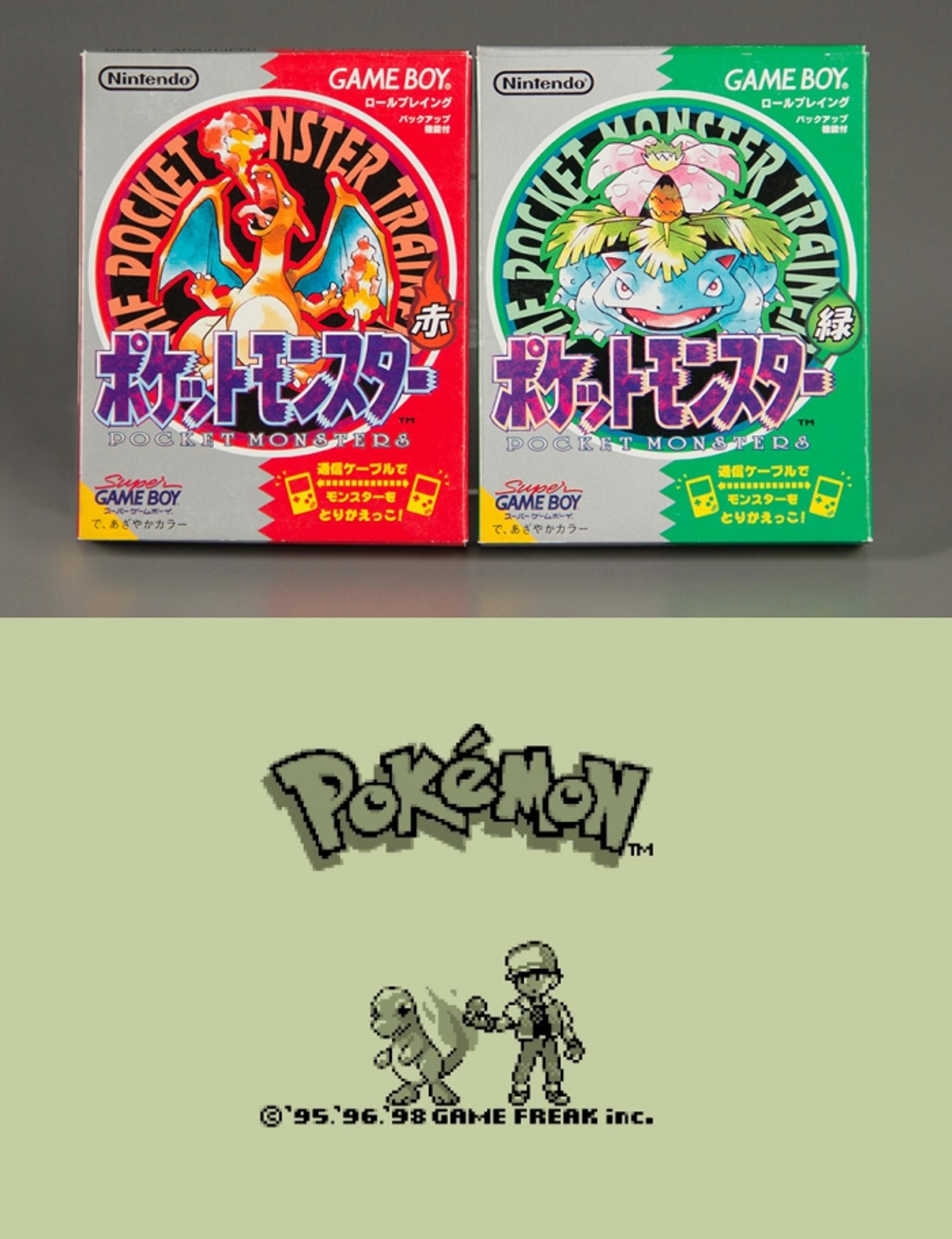 The first Pokémon video games were released on February 27th 1996 in Japan through the Nintendo Game Boy system, known as Pokémon Red and Green. Gamers quickly fell in love with the game created by Satoshi. The original artwork was drawn by artist Ken Sugimori and the sound effects composed by Junichi Masuda. These games were quickly followed by the Pokémon Blue and Pokémon Yellow.

Pokémon Gold and Silver were released for the Game Boy Color in 1999, and in 2004 Red and Green were updated for the Game Boy Advance, renamed to Pokémon FireRed and LeafGreen. In every updates and new release leading to the explosive Pokémon Go, the media franchise has made alterations and changes to the characters and game features to keep pace with evolving technology and consumer expectations.

“Pokémon manages the rare trick of having immersive kid appeal while nevertheless possessing the depth to sustain adult interest,” says Polygon. From high-pixel black and white graphics to intensely immersive 3D features, the Pokémon video games are ever-changing and symbolic of whatever the latest advancements in technology are. 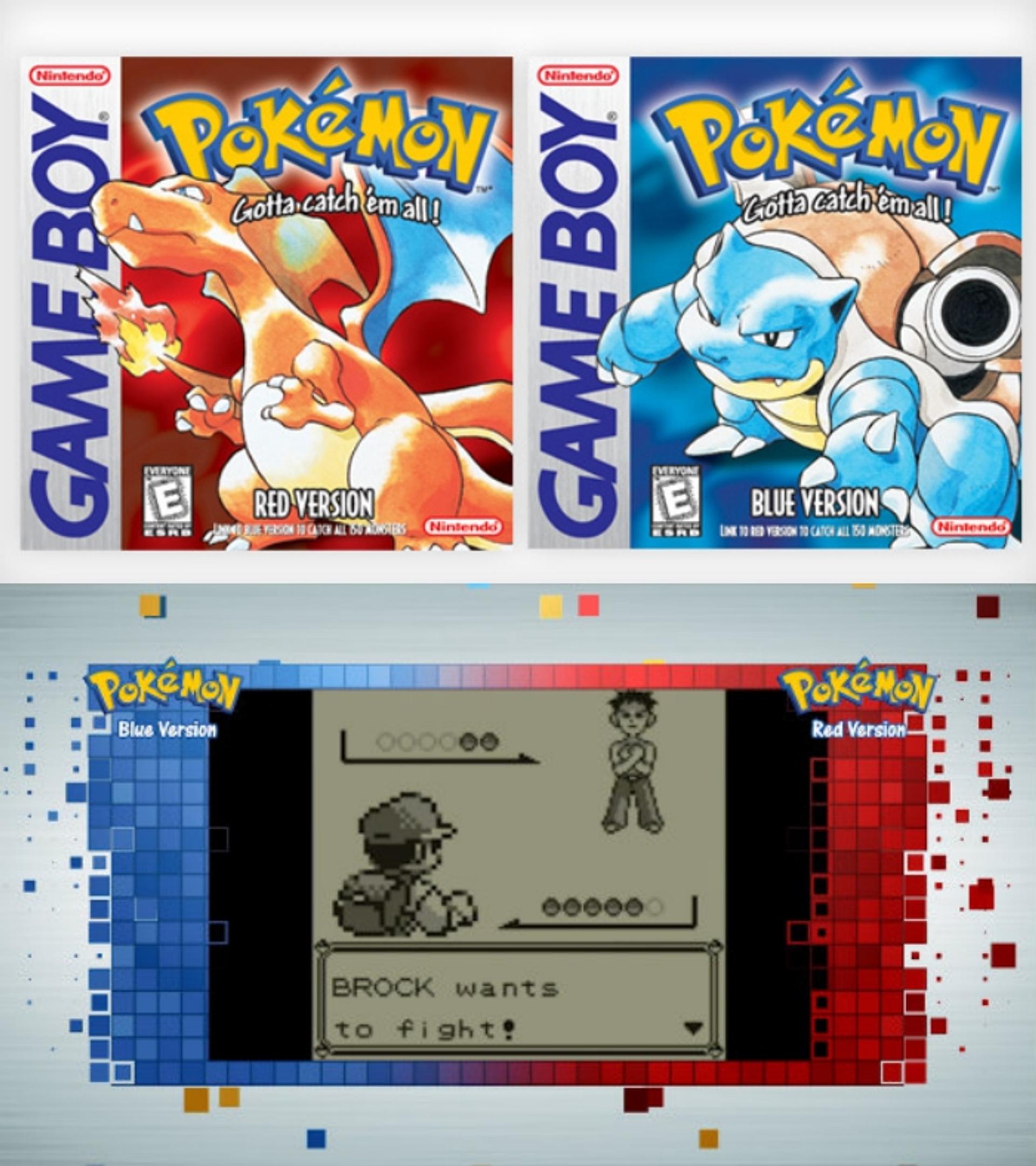 The original Pokémon Red and Blue games displayed pixel graphics in black and white. After the Pokémon Red and Green versions proved to be such a hit, the Blue version was launched, featuring improved graphics and sound effects.

When these games were released in the U.S., they were indeed met with some criticism that the sprites appeared different than in the anime series and Pokémon Red experienced numerous glitches. Nevertheless, these original games were a massive hit and improvements were made in versions to come that addressed the glitches. 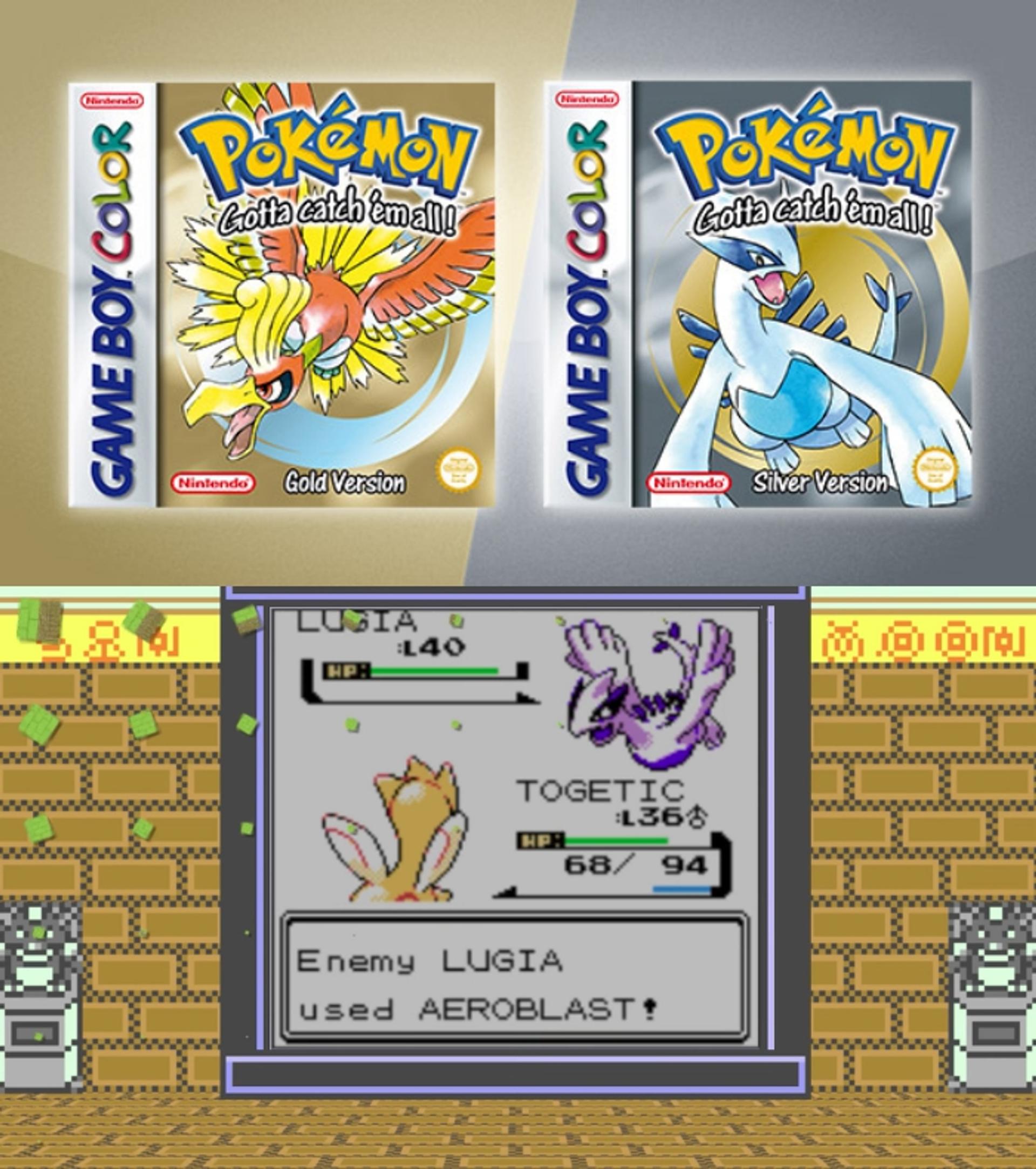 Pokémon Gold and Silver were the first of the Pokémon games to be introduced in color, an exciting change from the initial black and white games. 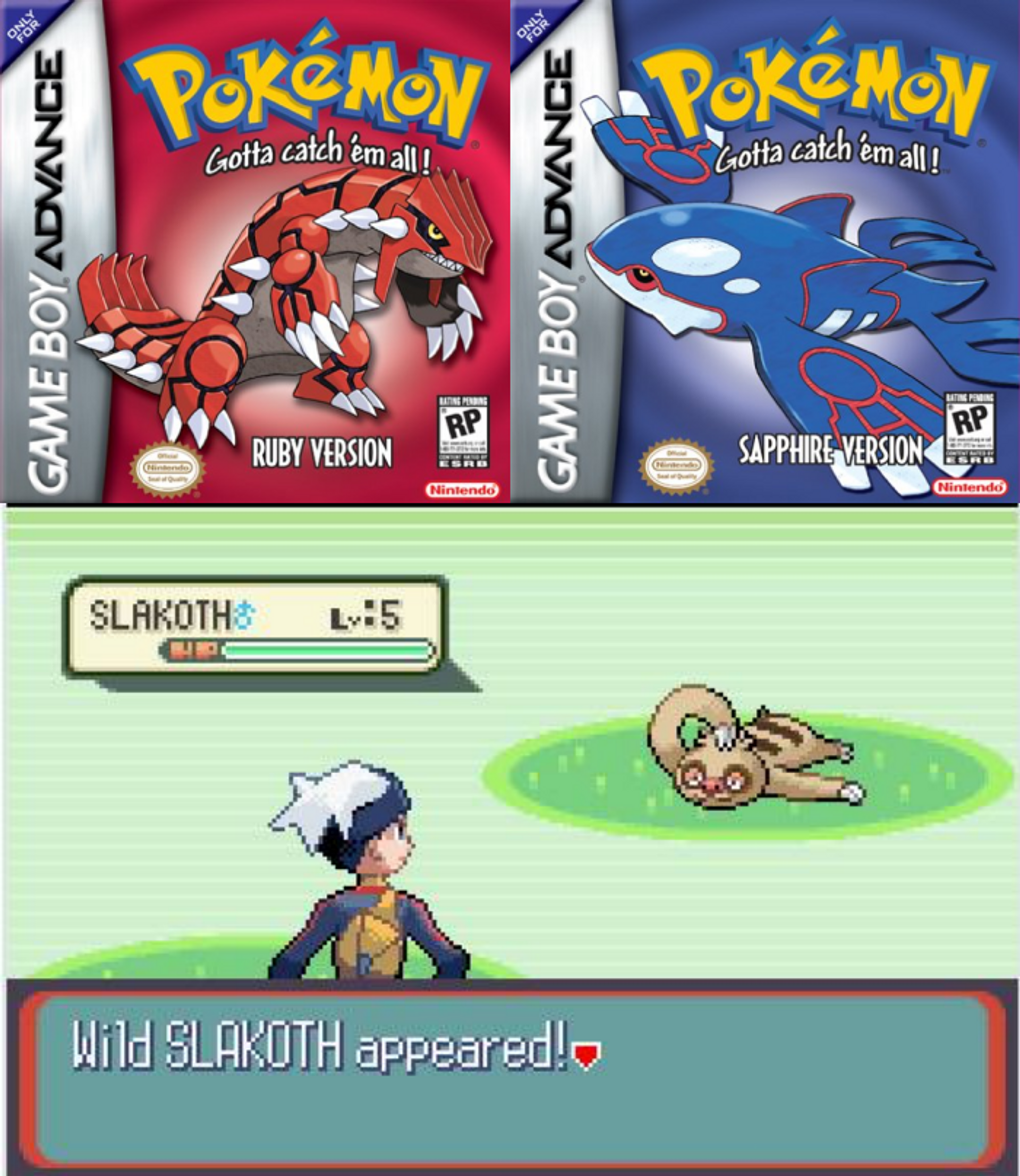 In 2002, Pokémon came to the Game Boy Advance in full color and made significant strides toward enhancing game mechanics and technology that were not possible in previous versions. 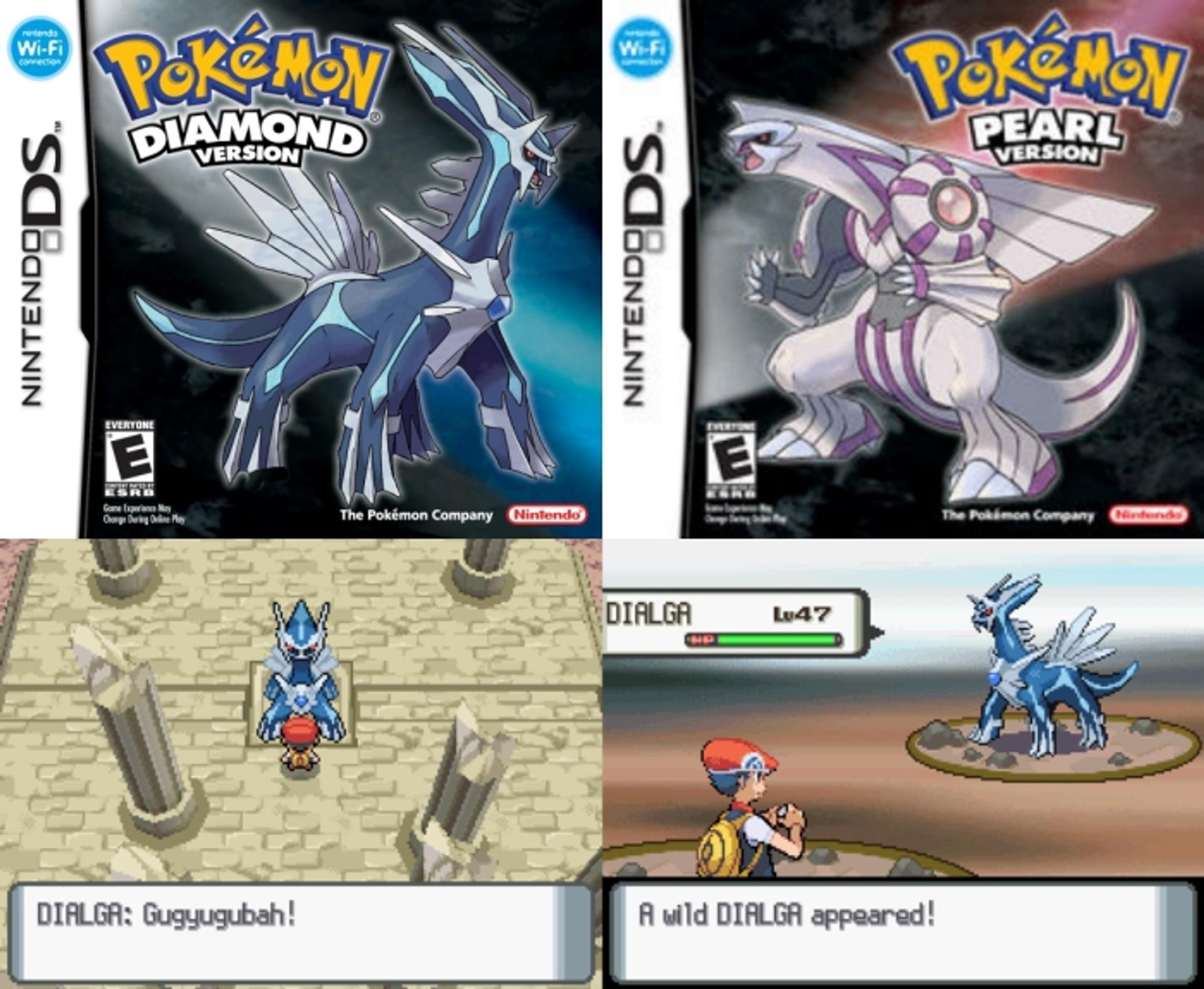 Pokémon Diamond and Pearl were the first games released on the Nintendo DS and introduced new features that relied on the DS touch screen.

The games also encouraged players to take advantage of the Wi-Fi for chatting, battling and trading with other players online, making the overall experience more collaborative and high-tech. 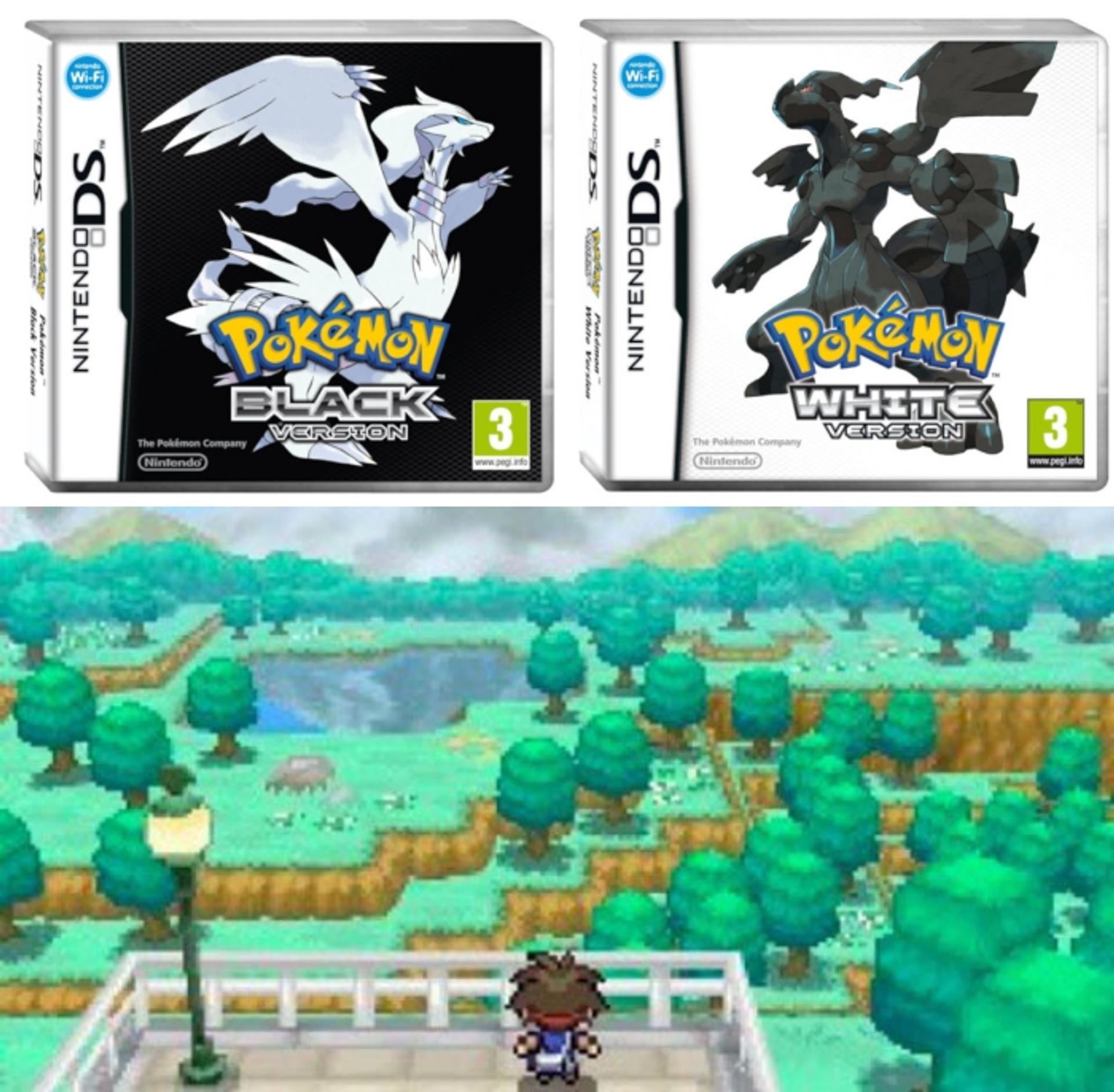 Following the wake of Pokémon Black and White, the second versions achieved over 1.16 million pre-orders leading up to their launch in June 16th 2010. These versions demonstrated an obvious change in design and aesthetic. 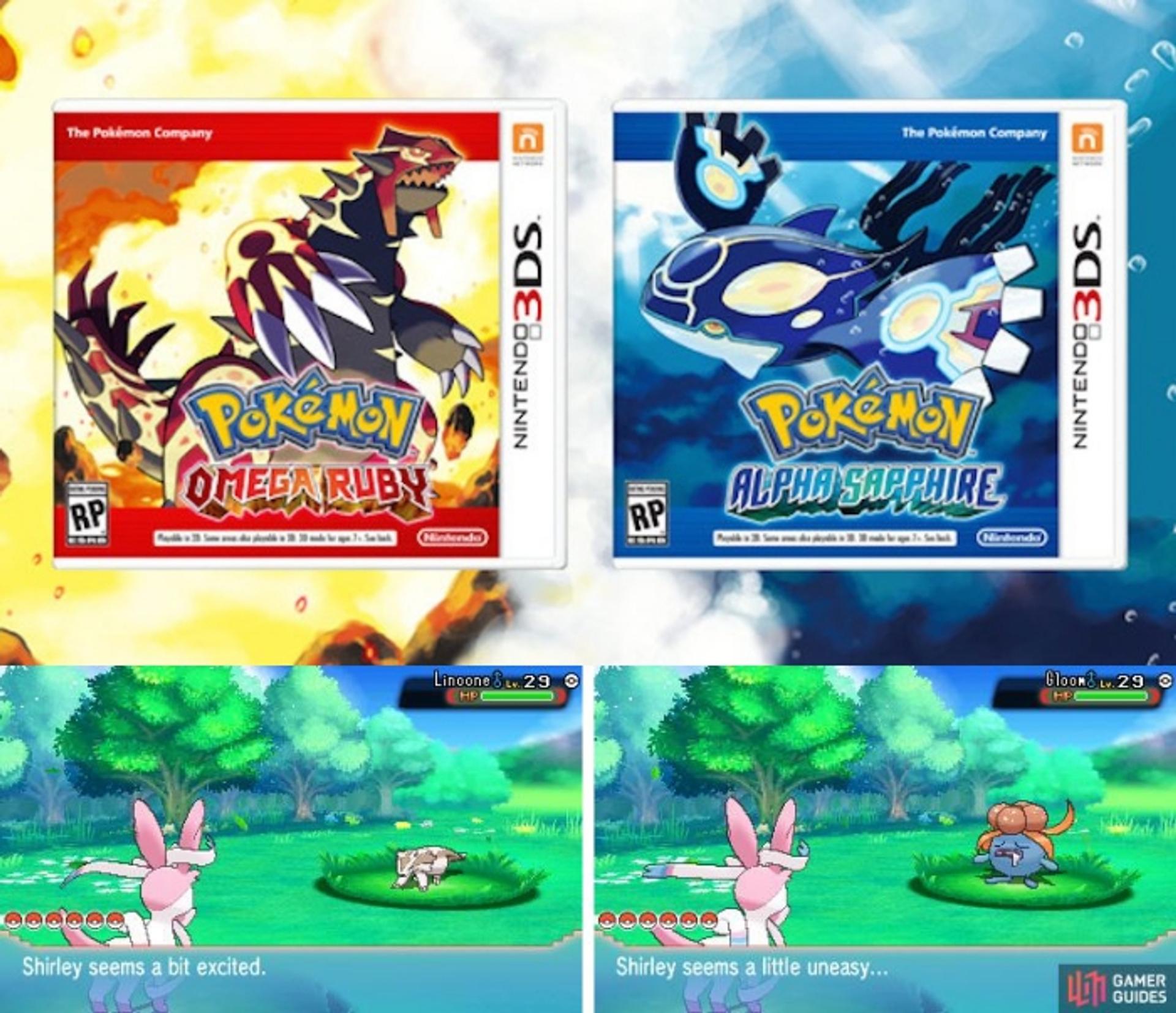 Pokémon Omega Ruby and Alpha Sapphire were the first versions to reveal 3D graphics, a massive change to the franchise’s video game graphic design. The new 3D effects demonstrated a giant step toward what would soon become a highly immersive virtual experience. 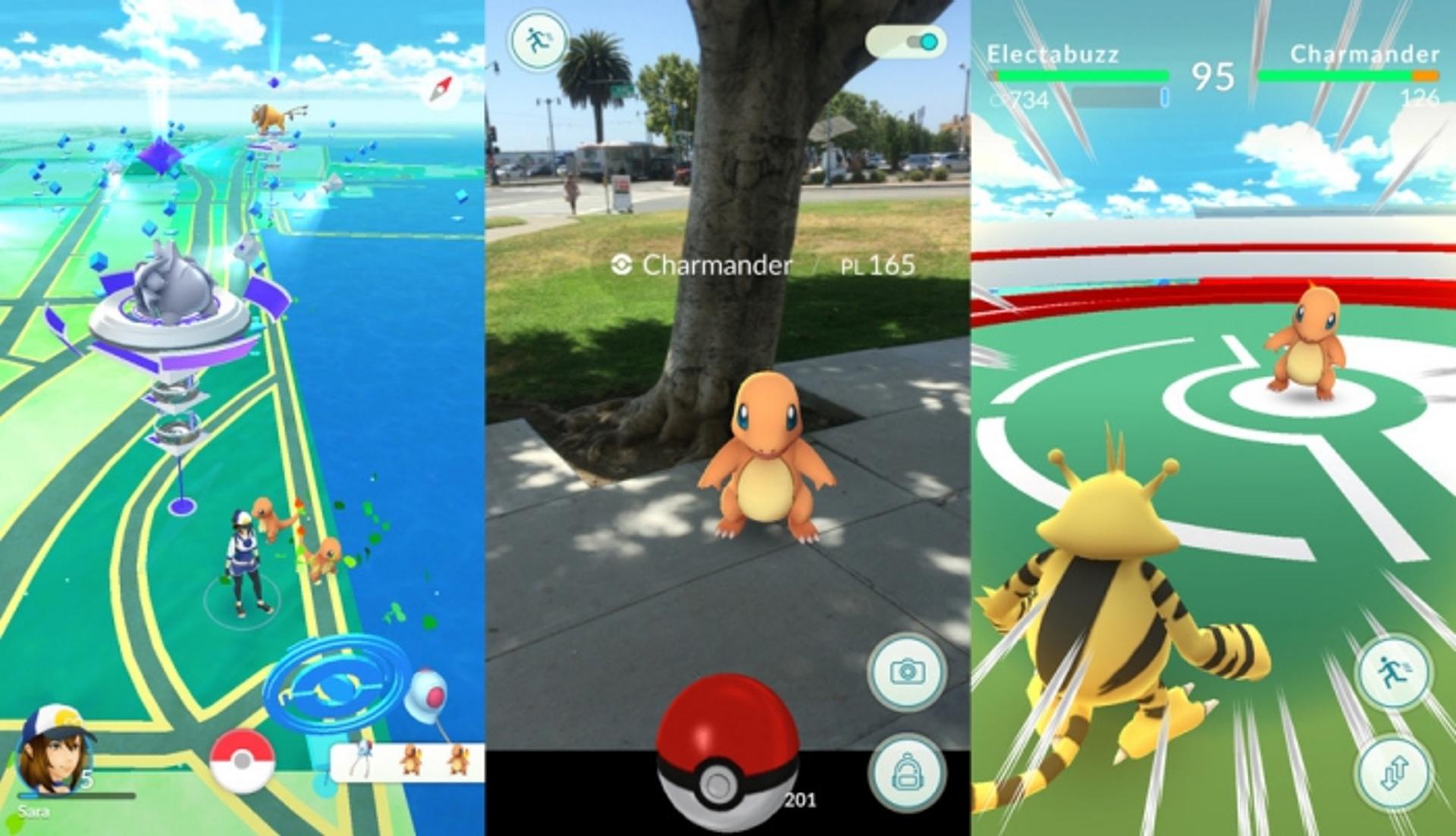 Speaking of a highly immersive virtual experience, Pokémon Go is the augmented reality mobile game that took the world by storm beginning July of 2016.

By blurring the line between reality and the digital world, Pokémon Go essentially hijacked millions of imaginations to put the player into the world of Pokémon in a way that has never been done before.

The Trading Card Game: From Digital to Paper 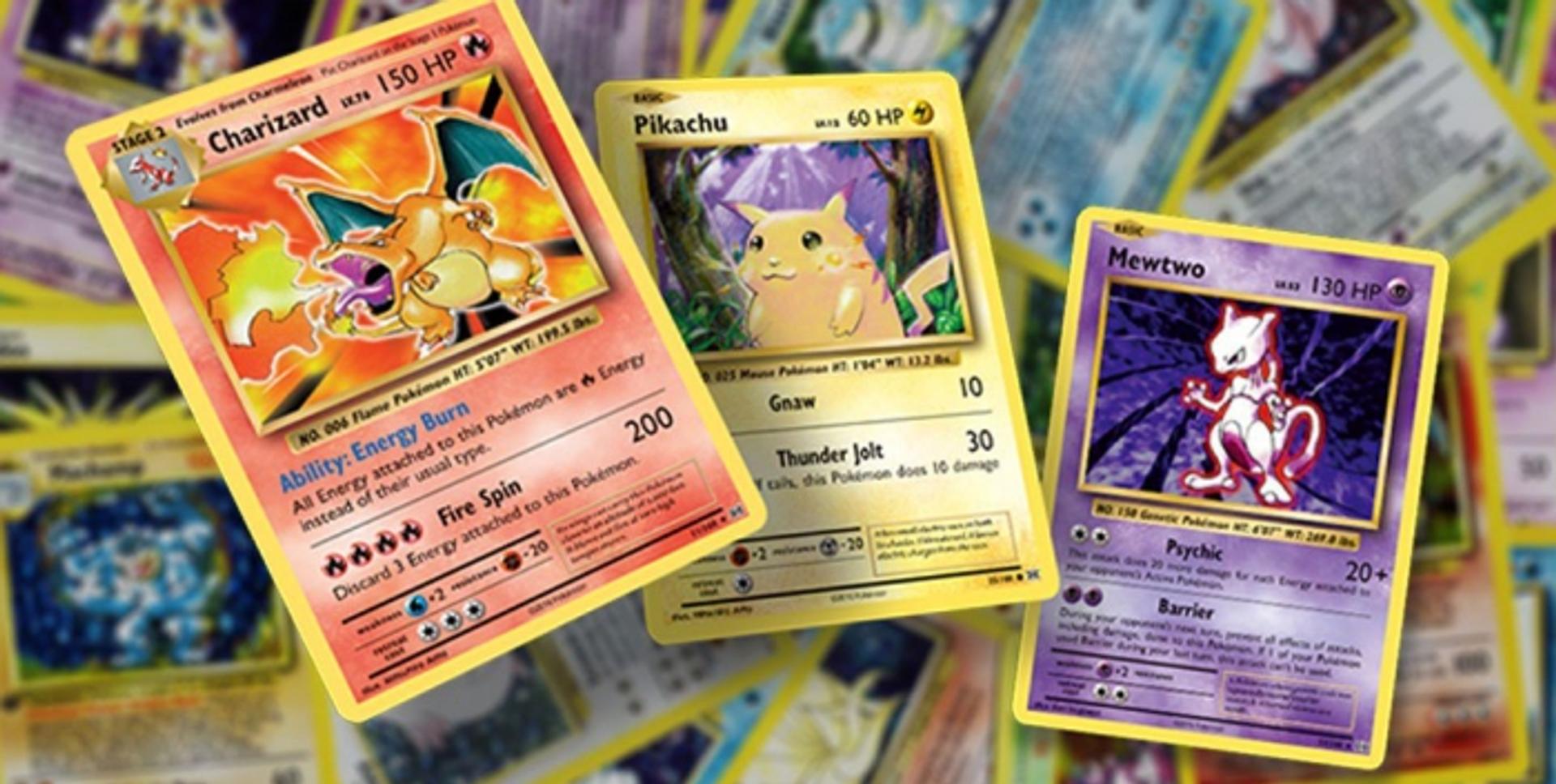 The incredibly successful video game series has always been accompanied by the Pokémon Trading Card Game (TCG). The first set of cards were released in October 1996 and made their way to North America in January 1999. As of 2018, the TCG has spread like wildfire, with nearly 24 billion cards sold worldwide in over 11 languages across 74 countries and regions.

The TCG is backed by a strong design and art team to keep the cards intriguing to both young and old, as well as in line with what is going on with the video games, movies, and TV series. TCG’s game director Atushi Nagashima states, “The Pokémon that were really featured heavily in the [latest] video game, or had a big role in the story, we’ll make sure they’re at the center of whatever the set we’re making is.”

Let’s take a look at the design process for the stunningly-crafted Pokémon Trading Card Game.

The overall process of creating the TCG decks takes about one year from conception to release and involves collaboration between the artist, Creatures – the design studio – and The Pokémon Company.

Nagashima and his design team begin this lengthy process by outlining the “logic” of the set, or what the abilities and effects will be. They team with artists to develop the overall look of the cards and which characters they want to emphasize in the given deck. One challenge that the team faces is how they can adapt the current video game features into their card form.

While the storyline of the deck is not the most critical component of its creation, it is nevertheless important to ensure that the cards tell some sort of story within their graphic and short amount of text.

One of the most important factors to consider when creating the cards is versatility. Pokémon must appeal to both new and experienced players. So, the design team works to ensure the TCG is both easy enough for children or new players to grasp but still intriguing for more seasoned players.

Nagashima attests to this mission stating, “We designed the cards in a way that, even if a kid is playing up against someone much older, it will still be a game where they can at least feel like they’re fighting on an even playing field.”

The man, the myth, the legend…Mitsuhiro Arita is the artist behind some of the most classic Pokémon trading card art that exists, such as the original holographic Charizard and the original portlier Pikachu.

When Arita first started designing the Pokémon cards, he only had the pixel art sprites of Pokémon as a reference. Although Arita used a computer to design the cards digitally from day one, it was still a tiresome and far more complex process than it is with today’s technology.

When Arita receives an order for new cards, Creatures tells him which characters they want, as well as the specifics regarding the character, the poses, the themes, and, for the holographic cards, the specific patterns they want. With a team of over 70 freelancers, Arita puts pencil to a common A4-size paper and gets to work. After many weeks and various drafts and edits, the cards go to print.

The Evolution of Pikachu

Pikachu has certainly undergone design changes in the card decks over the years, from a “portly build to being a bit more athletic.” This change, Arita claims, is due to the specific needs of the anime at the time. Since moving the original proportions around would not have proved successful in the early years, they gave the character a more ‘round,’ stocky build. Despite Pikachu’s more athletic build today, Arita confesses to sticking with the earlier design if the character is not in an action shot or moving pose.

While it is easy for a Pokémon fan to differentiate between the old and new card decks, the cards themselves have remained relatively the same. There have been changes to specific characters, such as Pikachu, and to the overall structure. However, it is the nostalgia that the cards inspire that keeps the older generations coming back for more.

The Movies: From Hand-Drawn Appearance to CGI

The Pokémon movies have stood as foundational pillars to the mega media franchise over the last two decades. This year, Pokémon fans can add two new movies to the current list of 18 that have come out since the 1990s: Mewtwo Strikes Back Evolution and Detective Pikachu. The former is the Japanese-made film and is the first Pokémon movie to be in full CGI, while the latter is the Western-made movie that features live-action humans alongside CGI Pokémon characters.

Detective Pikachu was released on May 3rd in Japan and on May 10th in the U.S., while Mewtwo Strikes Back Evolution isn’t expected to hit Japanese theaters until July. Pokémon fanatics across the globe are celebrating the release of these two movies, but they may be surprised by the dramatic design changes. 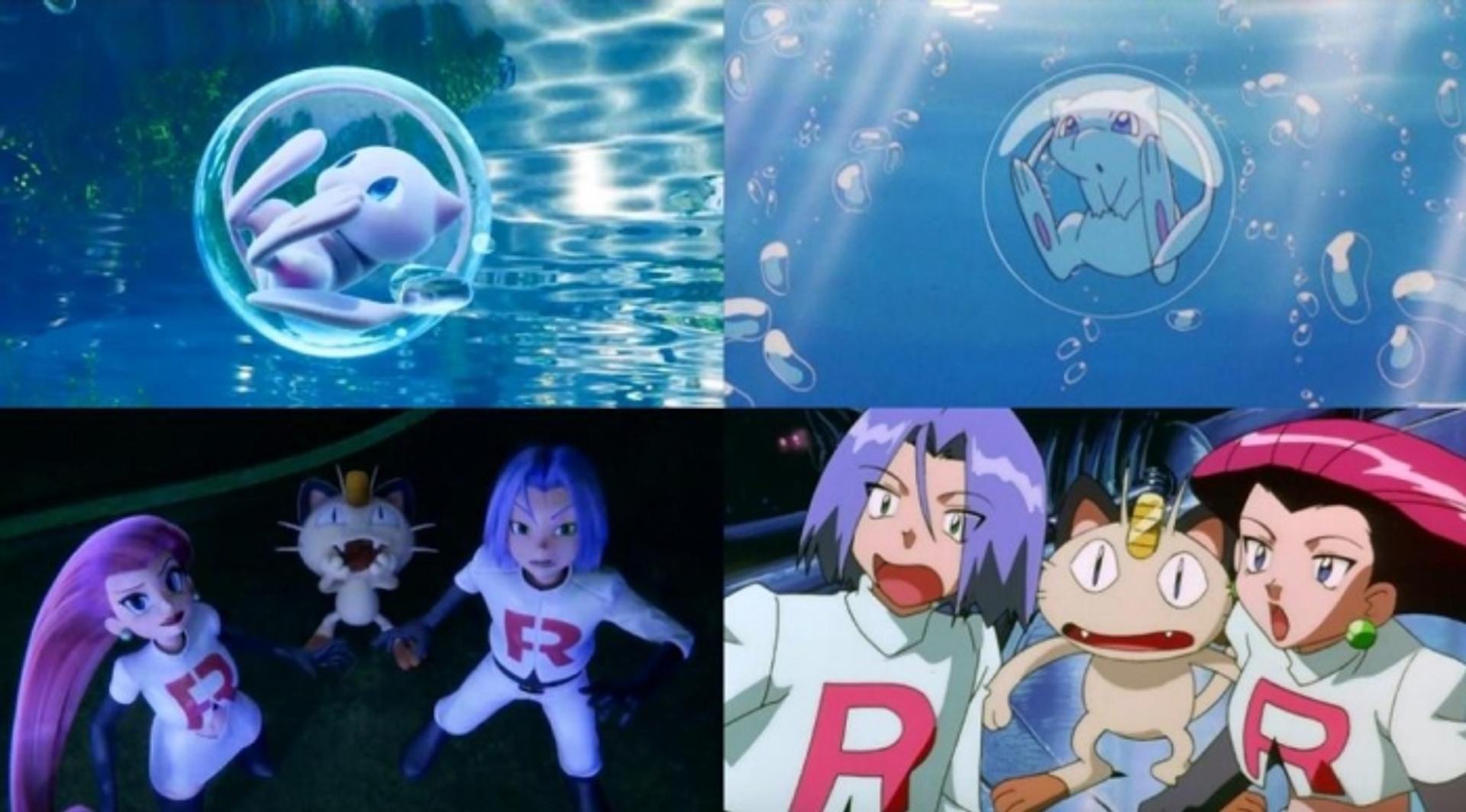 Mewtwo Strikes Back Evolution is based on Pokémon’s very first film, Pokémon: The First Movie: Mewtwo Strikes Back. This original movie was released in 1998 and now, more than 20 years later, the remaking of this movie is revealing a drastic change to the graphic design.

One of the signature design features of the original films is the cel shading that creates a more hand-drawn appearance to the characters. The older hand-drawn look called for more viewer imagination. The new 2019 movie completely changes this traditional look with new, fully CGI characters.

With the cel shading now gone, viewers will experience characters that are smoothed out and almost plastic looking. The movie creators were certainly on point by incorporating the term “evolution” into the retelling of Mewtwo Strikes Back, since the new movie showcases an obvious evolution of design. 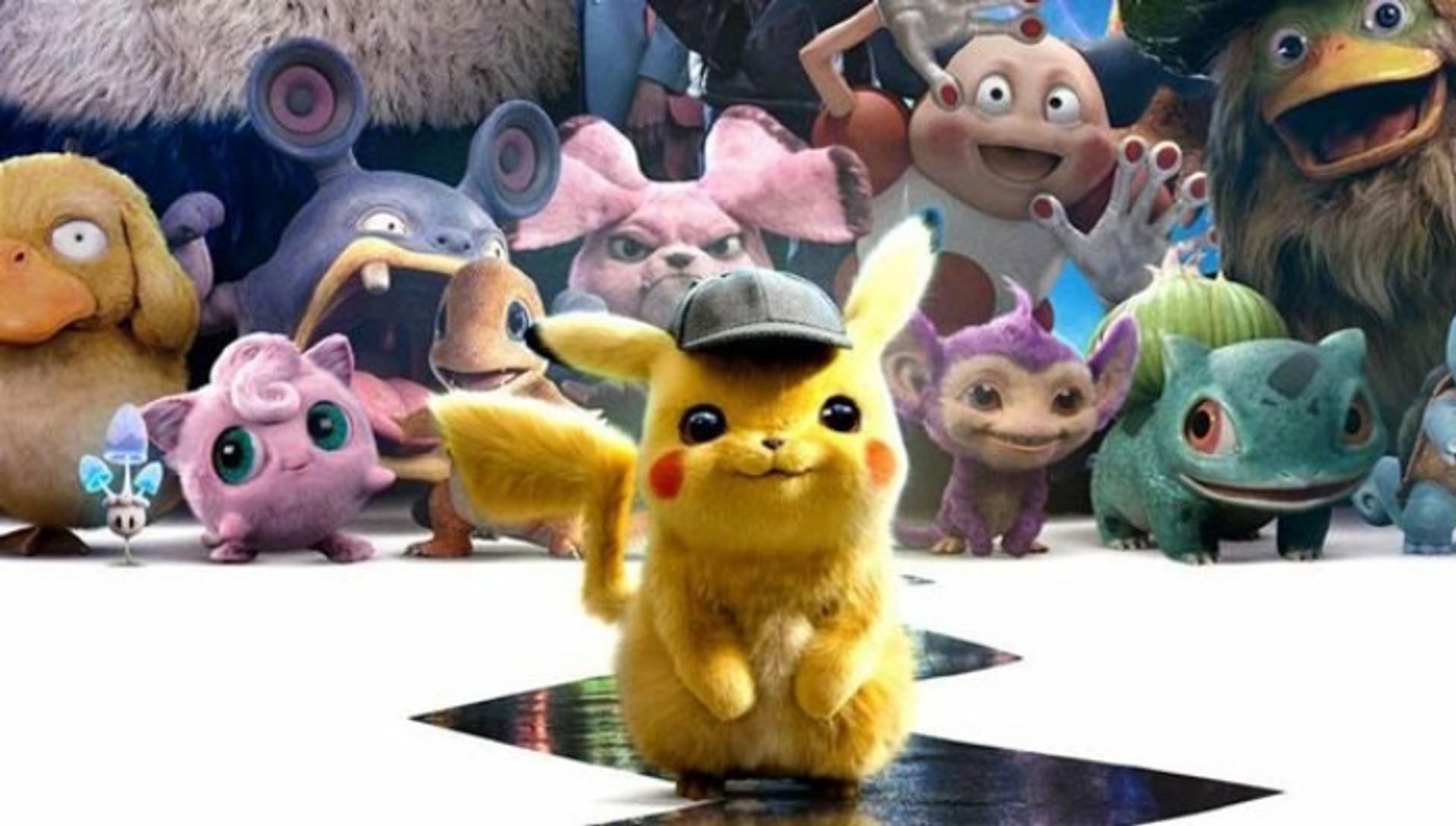 In contrast to the full CGI Mewtwo Strikes Back Evolution, Detective Pikachu showcases both live-action and CGI characters. The movie’s live-action human characters are paired with furry CGI Pokémon characters. After his work was discovered online by the movie’s production designer, RJ Palmer, concept artist at Ubisoft, was asked to work on the Detective Pikachu film as the concept artist.

With only a Wacom tablet and Photoshop – and seven months of back and forth between designs in Los Angeles – Palmer helped bring to life the Pokémon characters seen in Detective Pikachu. Palmer explains that while his own art is more realistic, the film creators wanted a more traditional look to the characters “to get more in line with the cartoon aesthetic.”

While the CGI characters reveal traditional aspects of the beloved cartoon anime, Detective Pikachu shows the direction the Pokémon franchise has been moving in for a while: a more realistic experience that calls for less imagination and more immersion into the world of Pokémon.

The Pokémon franchise does not appear to be slowing down anytime soon. The franchise’s new movies that come out this year are certainly testaments to Pokémon’s unstoppable momentum.

With countless trading cards, numerous video games, and over 20 years-worth of TV episodes, movies, and spin offs, the slogan “go catch ‘em all" takes on a whole new meaning.

Haley Grant is an American writer based in Madrid, Spain. A world traveler, Haley is also a huge fan of “Sex and the City,” spin classes and chugging iced coffee.