Examples of Artists Inspiring You to Save the Environment

“We do not inherit the Earth from our ancestors—we borrow it from our children.”

The human race is at a critical point. Science shows that we only have a few years left to act to avoid catastrophic, irreversible changes to the climate that would make the planet uninhabitable of human life.

Celebrities and artists all over the world are lending their talents, resources, and influence to spread awareness and raise money in support of efforts to save the environment. In celebration of World Environment Day this year, we decided to feature some of this brilliant design work that supports our beautiful blue planet.

What is World Environment Day?

This year’s host country is China and the theme is Air Pollution. There are thousands of registered activities worldwide to help support and raise awareness on the environmental challenges that we, as a species, are currently facing. There are also an infinite number of informal ways that people can take part, just by making small changes in our daily lives. Whether it’s choosing sustainable packaging, recycling, or volunteering, each of us can make a difference.

Rapper Lil Dicky brought together a gaggle of celebrities from Ariana Grande to Leonardo DiCaprio for his tribute to this big blue ball of ours. His heartwarming video uses adorable animation, the power of song, and a heavy dose of humor to raise awareness and money for his efforts to save the planet. Check out the full, seven minute video below. It manages to be heartwarming, passionate, hilarious, and urgent all at once.

Did we mention the massive list of celebrities who participated? For anyone who remembers the eighties, it’s almost a “We Are the World” for the 21st century, but with a lot more humor and far more entertaining to watch. 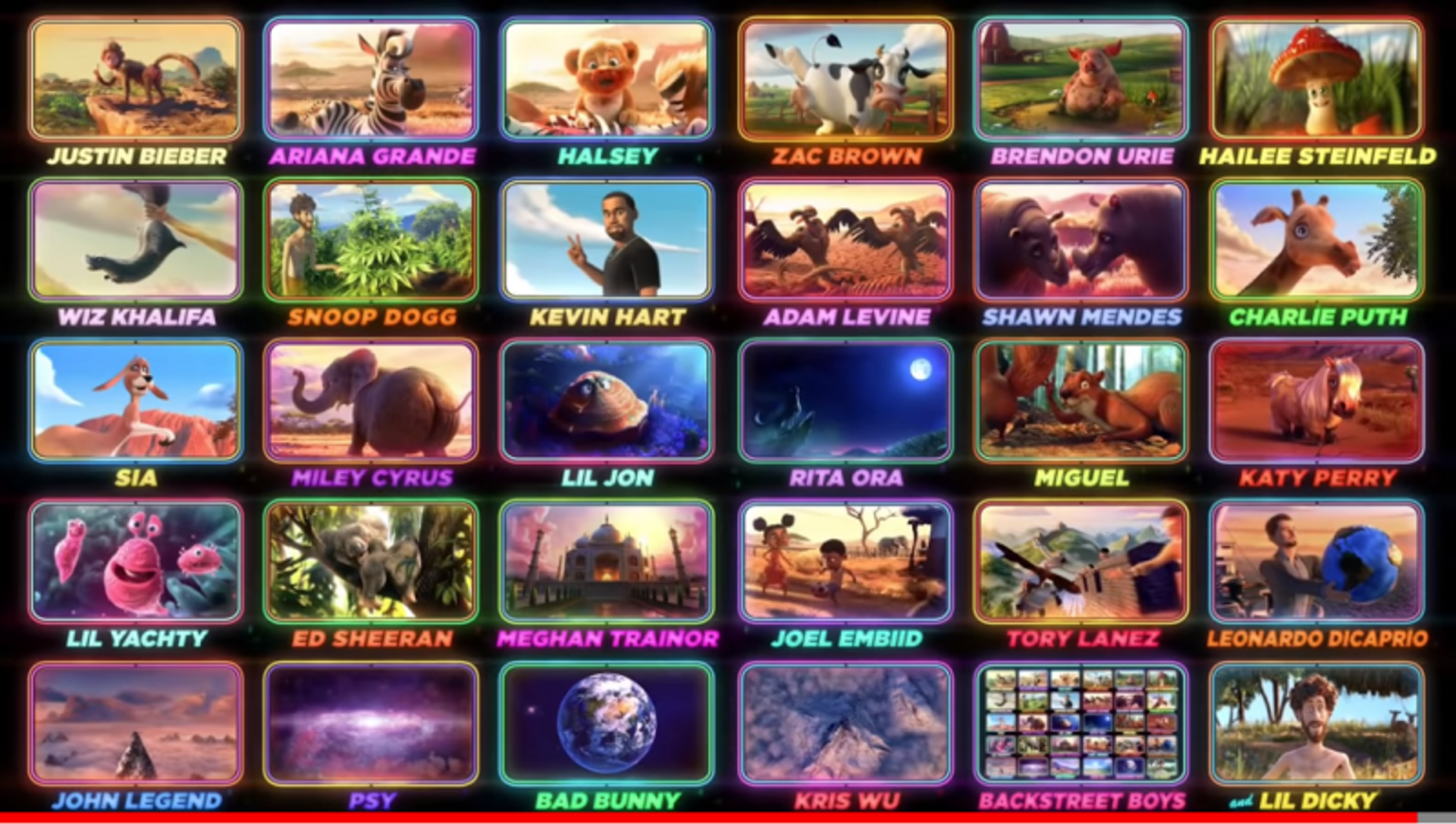 The video itself is part of a larger effort by Lil Dicky, which includes an educational component as well as ways to act. Learn more and get involved here: https://welovetheearth.org/

For Earth Day this year, The Washington Post Magazine released an all cover issue dedicated to “a different way to read – and think – about the peril facing Earth.” As climate change becomes increasingly frightening and the need to act increasingly urgent, it’s difficult to know where to begin. The Washington Post points out, “the sheer volume of news can make it tough for even the most conscientious citizen to comprehend the full scale of the crisis.” In an effort to make the topic more engaging and understandable to the general public, the Post assembled a retrospective on the major climate changes stories from the past year, creating a cover for each one.

Part of the goal was to create a visual message for each story. The designs themselves run the gamut in style, coloring, and feel. Each cover was created by a different designer in its own unique style matched to the story.

The stories cover a wide range of topics from the wine industry to rising sea levels to political agendas and protests. The artwork on the covers is just as diverse and beautifully done. You can view all 24 covers and read the accompanying stories here. 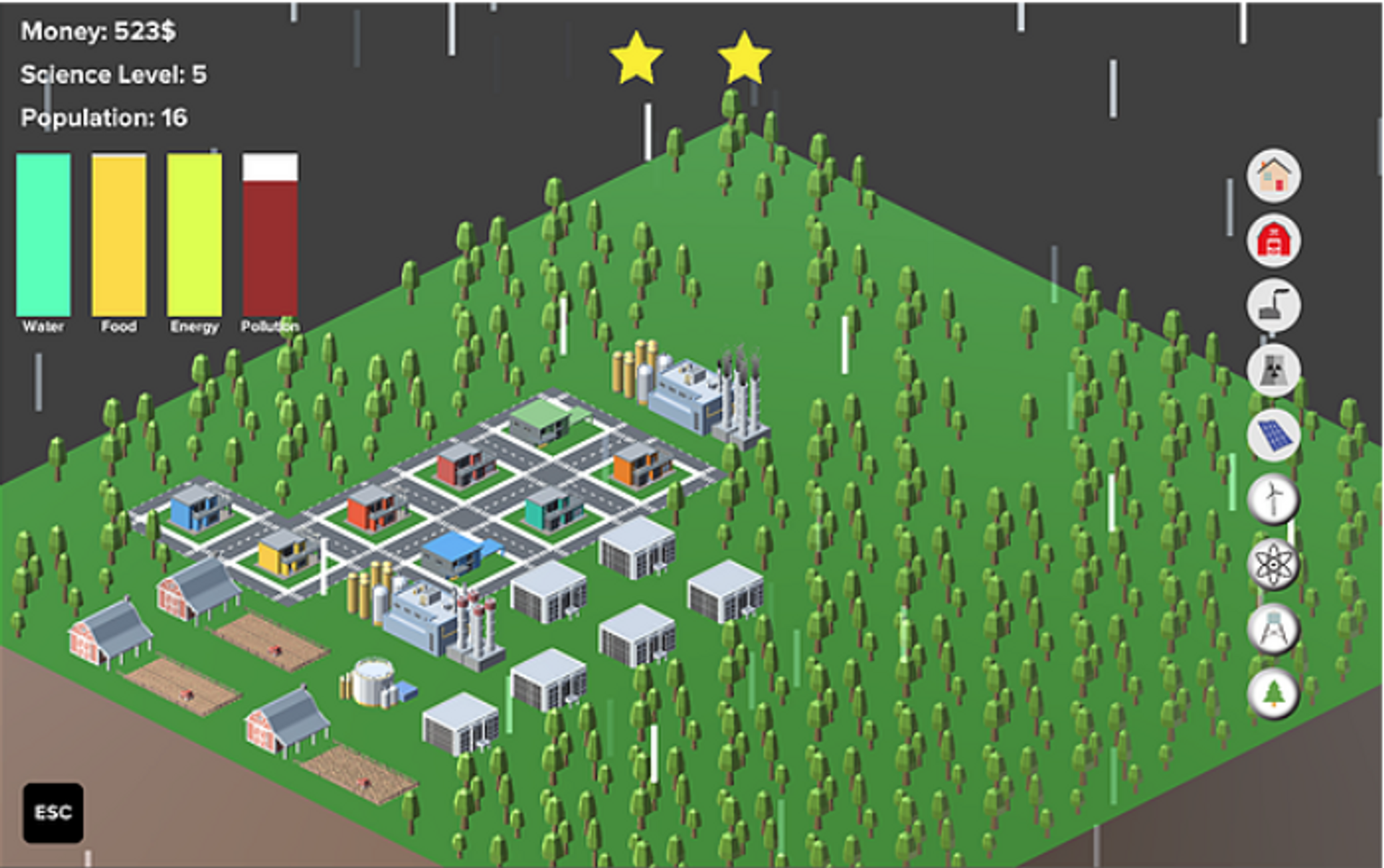 The game is targeted at 3rd-5th graders and works so well that the EPA honored the team for their work. Players start in an empty world where they must build houses, develop energy sources, and grow food. Each choice impacts the simulated environment in a way similar to our own. Players must monitor pollution levels, government finances, and the happiness of their citizenry. The game teaches kids to think critically about our future and to understand how a society’s choices affect the planet over time. 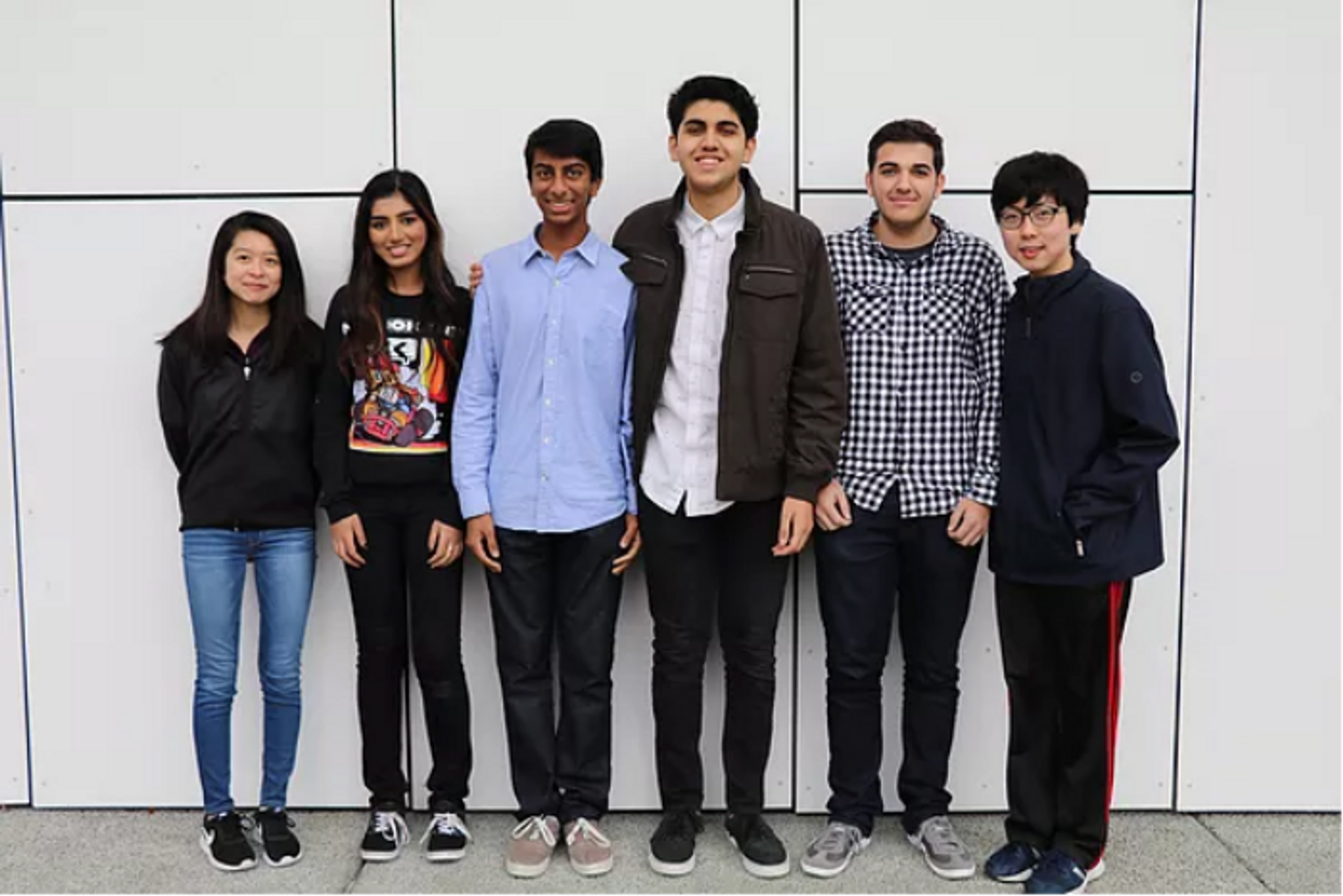 Their mission is “Educating youth about climate change and other environmental issues to inspire them to make change.” You can read more about the game and its creators here.

New York Fashion Week isn’t what we’d call a sustainable event. With the exception of a few shout-outs from environmentally conscious brands, sustainability tends to take a backseat to fashion. This year, however, two designers devoted their runway shows and associated collections to environmentalism.

Hillary Taymour, Designer and Founder of Collin Strada, named her fall collection “Low Carbon Diet” and worked the theme into her entire show. The collection was made of 75% deadstock fabrics and recycled ocean plastics in partnership with 4 Ocean, a non-profit that removes trash from the sea. Models carried reusable water bottles and glass food containers full of food as they walked the runway. Rather than typical runway music, the show’s soundtrack was an inspiring talk given by 18-year-old climate activist Xiuhtezcatl Martinez, in which he discussed how he’s addressed the UN General Assembly and sued the government over fracking laws. Even the models themselves were part of the theme. A pregnant model and a model with a baby on her shoulders underscored the principle message: The planet belongs to our children and our choices will make or break their futures.

Chromat’s Climatic collection was inspired by the city of Miami. Designer Becca McCharen-Tran explains, "Miami is on the front lines of climate change with rising water and increased flooding," she said in the show notes. "As I've been living in Miami longer, I've become more interested in climate change and global warming and how we (as a part of the fashion industry) are contributing to environmental devastation." Chromat has been using sustainable Lycra made from discarded fishing nets since it first started producing swimwear five years ago. They also rely heavily on upcycled and deadstock fabrics and make sure all the factories they partner with are thoroughly vetted for their labor practices.

Models in the first half of the show carried or wore bright tropical vegetation. As the show progressed, however, the accessories shifted into plastic cups, fish nets, and other trash. The message was clear that our current trajectory will take us from a world full of greenery to one full of garbage.

Attendees were given a booklet that featured thought-provoking questions and facts about environmentalism and overconsumption. The show notes included phrases like “edge of a dying world” and “more plastic in the ocean than fish.” The designers offset the grim message with bright neon colors, upbeat music, and adorably happy baby models – a juxtaposition that managed to convey a sense of hope in the face of the challenges we face together as a species.

The world’s most famous guerilla graffiti artist is no stranger to making statements about climate change and other hot-button issues. As far back as 2009, the artist painted the words “I DON’T BELIEVE IN GLOBAL WARMING” sinking into the waters of a canal in north London to highlight rising sea levels. 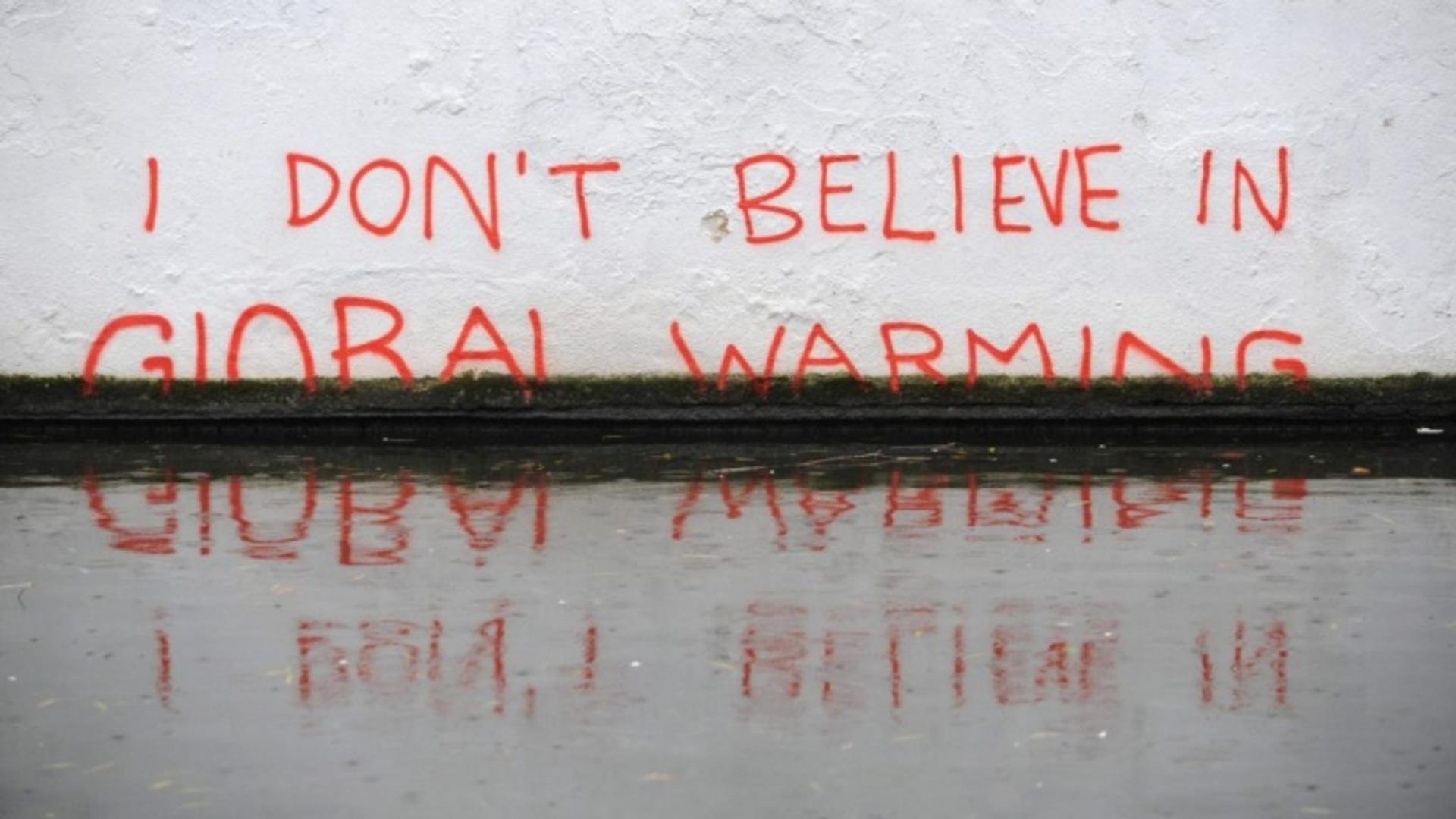 Last December, Banksy created a piece addressing air pollution. On the corner of a garage in Port Talbot, one of the most polluted towns in the UK, the artist depicted what appears to be a young child enjoying the snow. As you round the corner, however, it becomes clear that the “snow” is actually ashes and debris from a flaming dumpster. 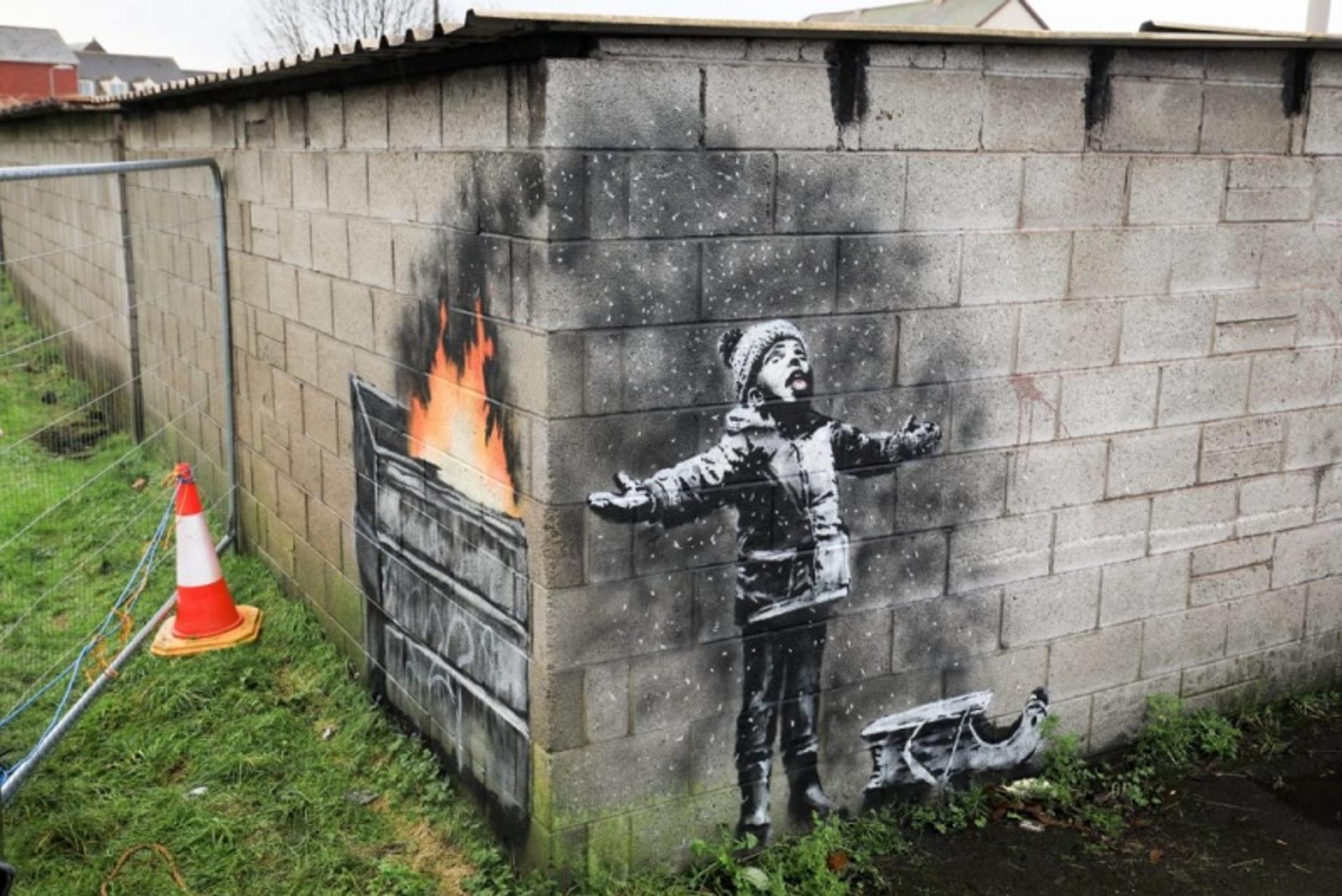 This most recent mural appeared in April on a concrete block at the Marble Arch landmark where Extinction Rebellion protestors had recently set up camp. The activists have barricaded roads and bridges throughout London, demanding that the British government set a target of net-zero greenhouse gas emissions by 2025. The mural depicts a young girl next to a newly planted seedling holding a sign with the Extinction Rebellion logo. Next to the girl are the words, “From this moment despair ends and tactics begin.” 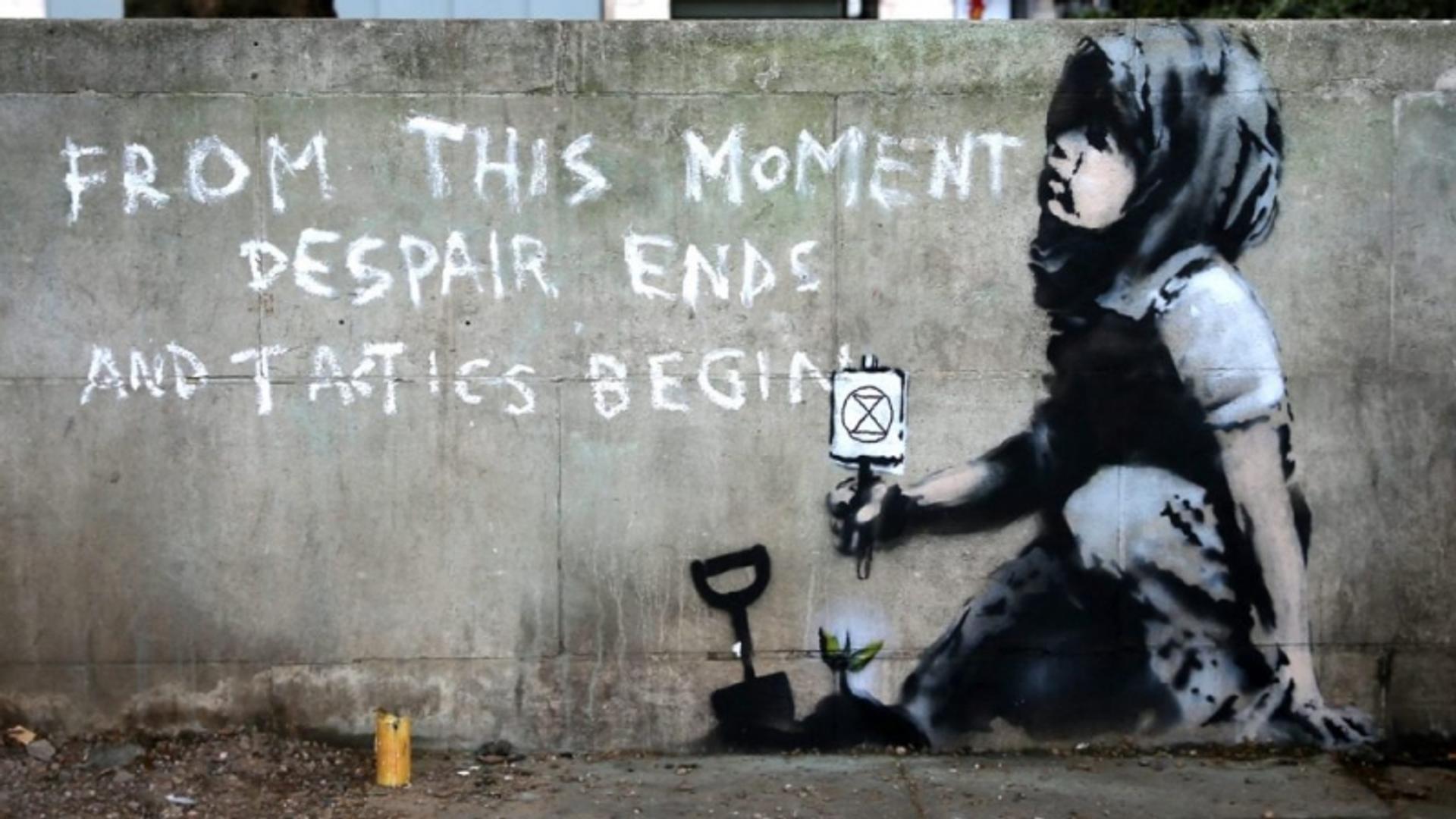 The Future is in Our Hands

These campaigns are fantastic, but if we don’t take action on a large scale, they’re just pretty pictures and clothes. There are endless ways to get involved, whether it’s volunteering your time, participating in a World Environment Day activity, calling your lawmakers, or making changes to your lifestyle to reduce your carbon footprint. We can all make a difference and it will take all of us to enact meaningful change.

You don’t have to be a famous artist to make a statement about saving our planet and slowing climate change. If you’re looking to get a conservation project off the ground and need talented designers to help you make it happen, reach out! We would be honored to help.

More Art by Designers Who are Working to Save the Environment 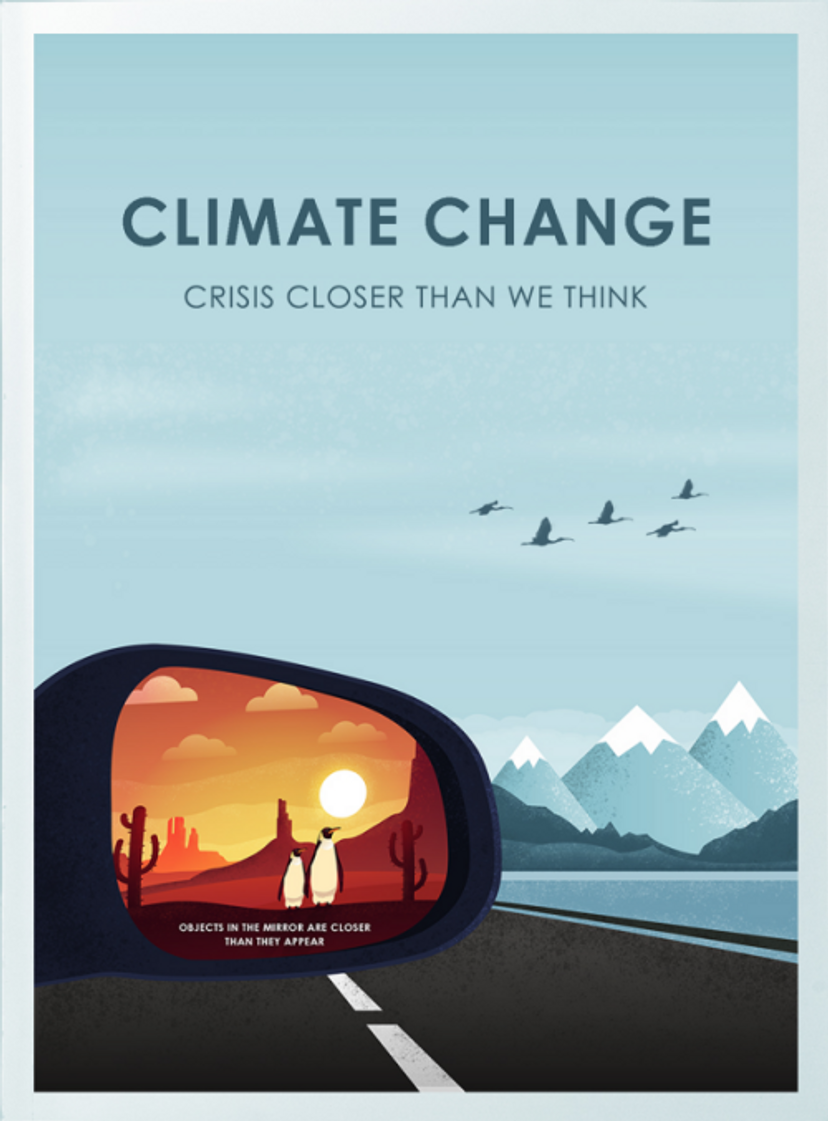 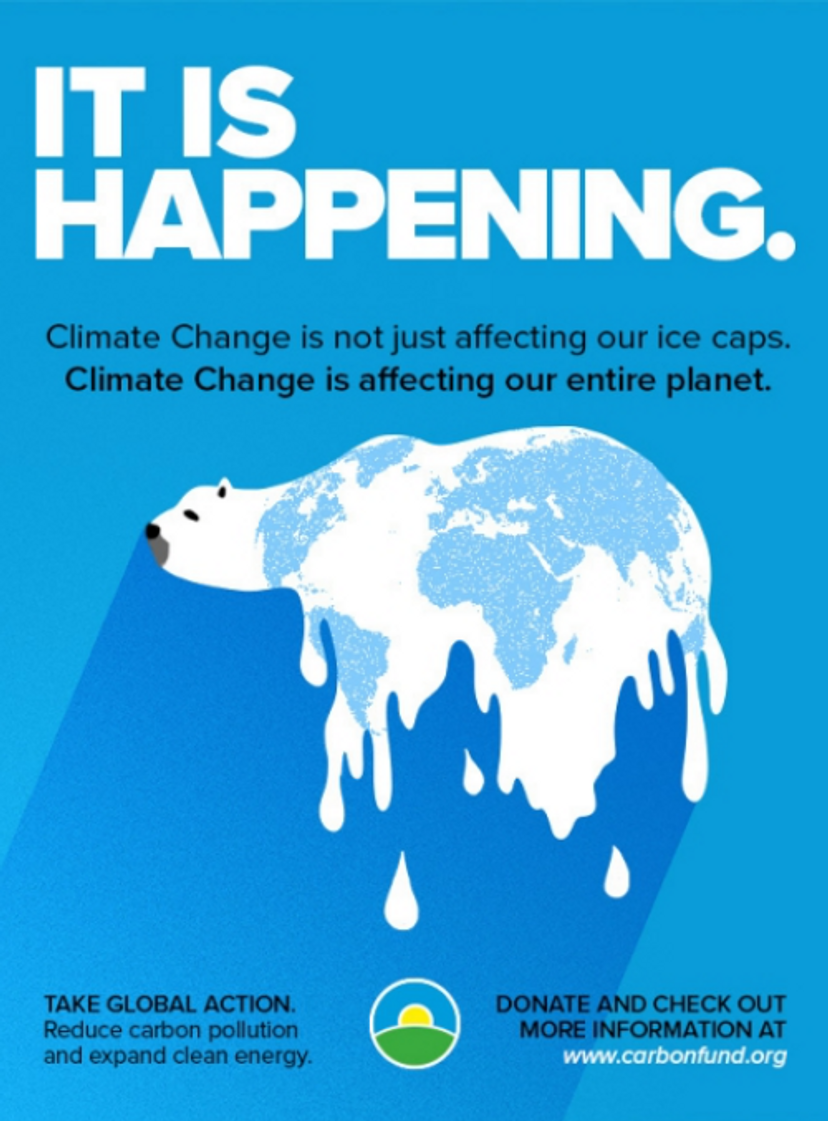 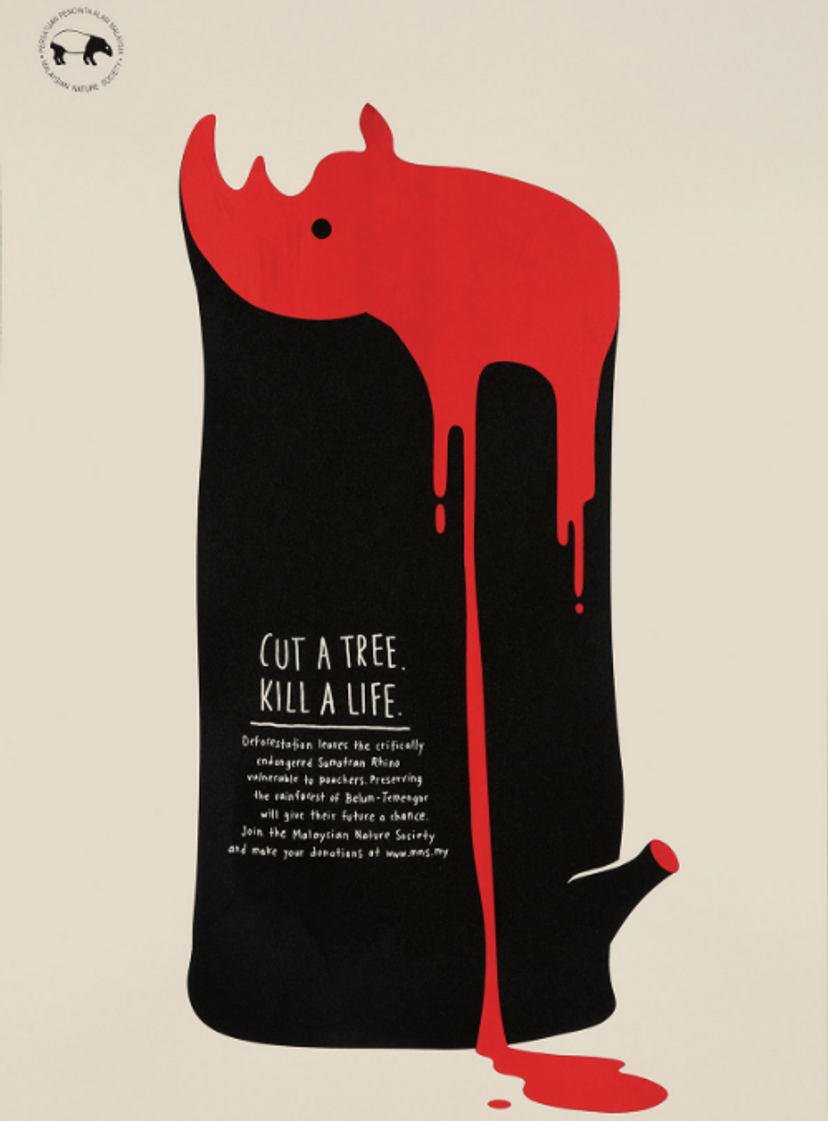 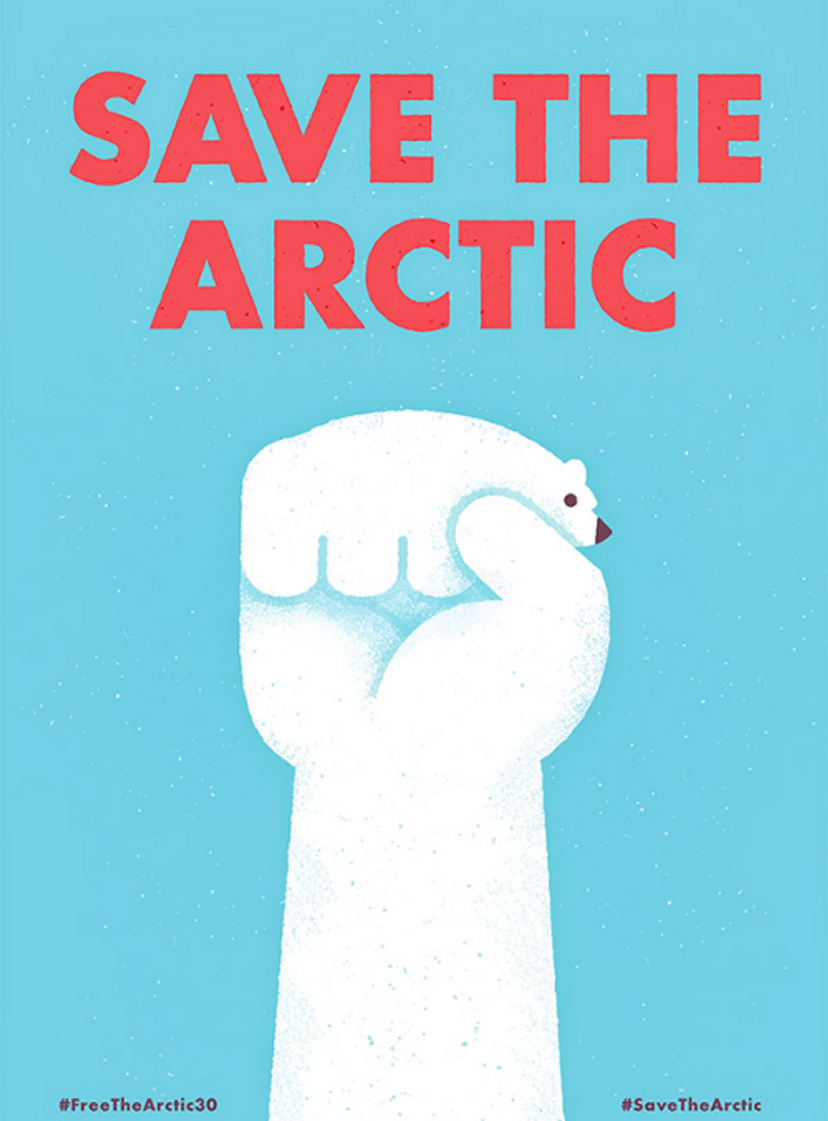 Save The Arctic
Designed by Mauro Gatti 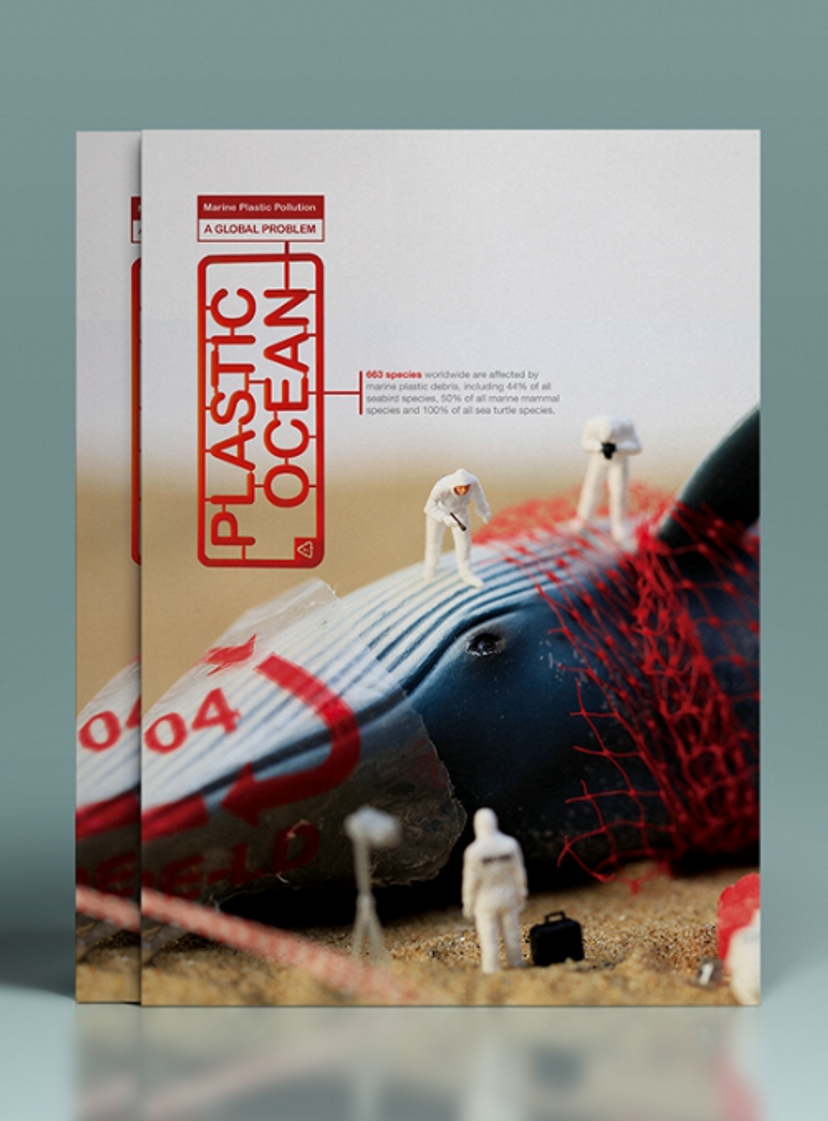 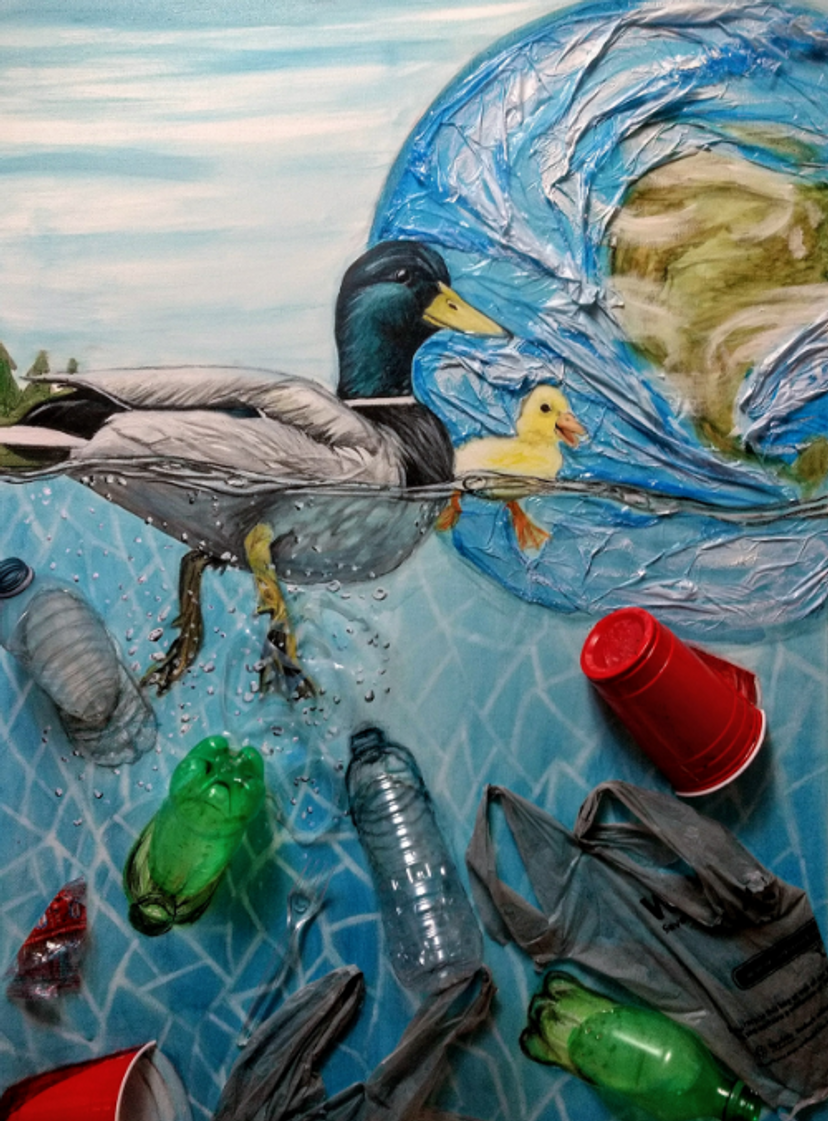 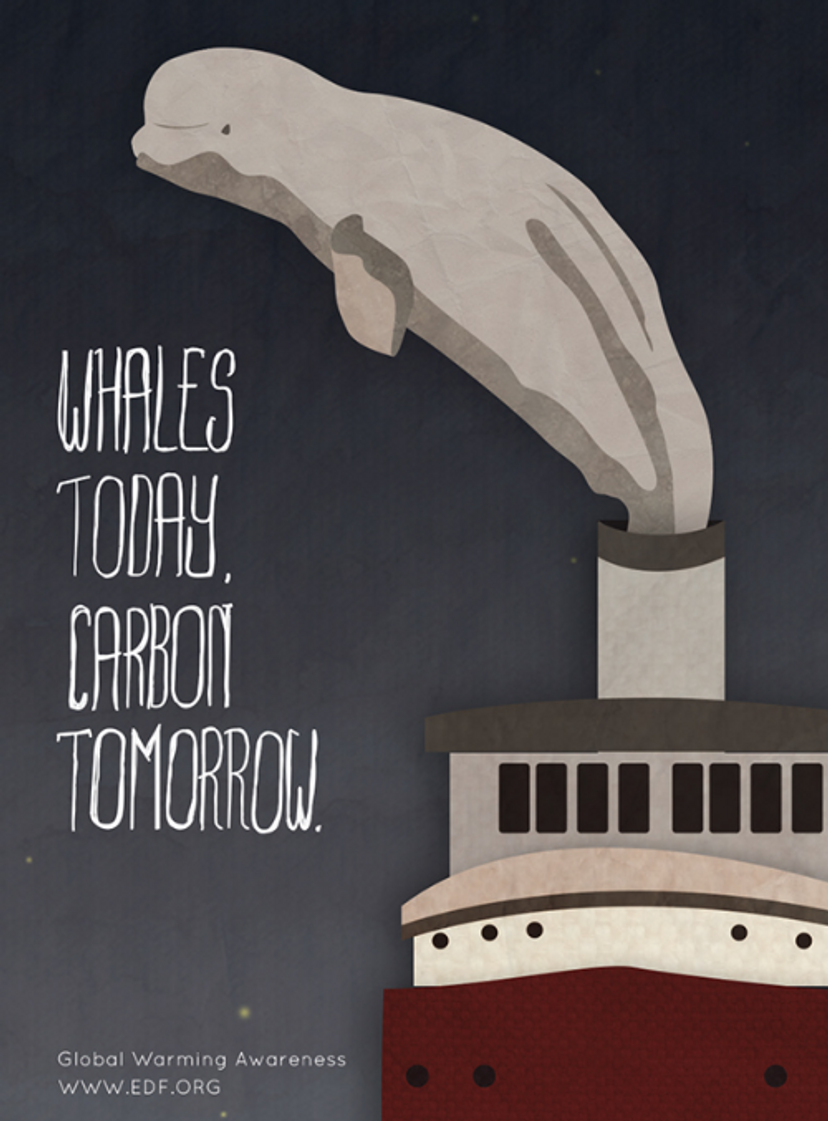 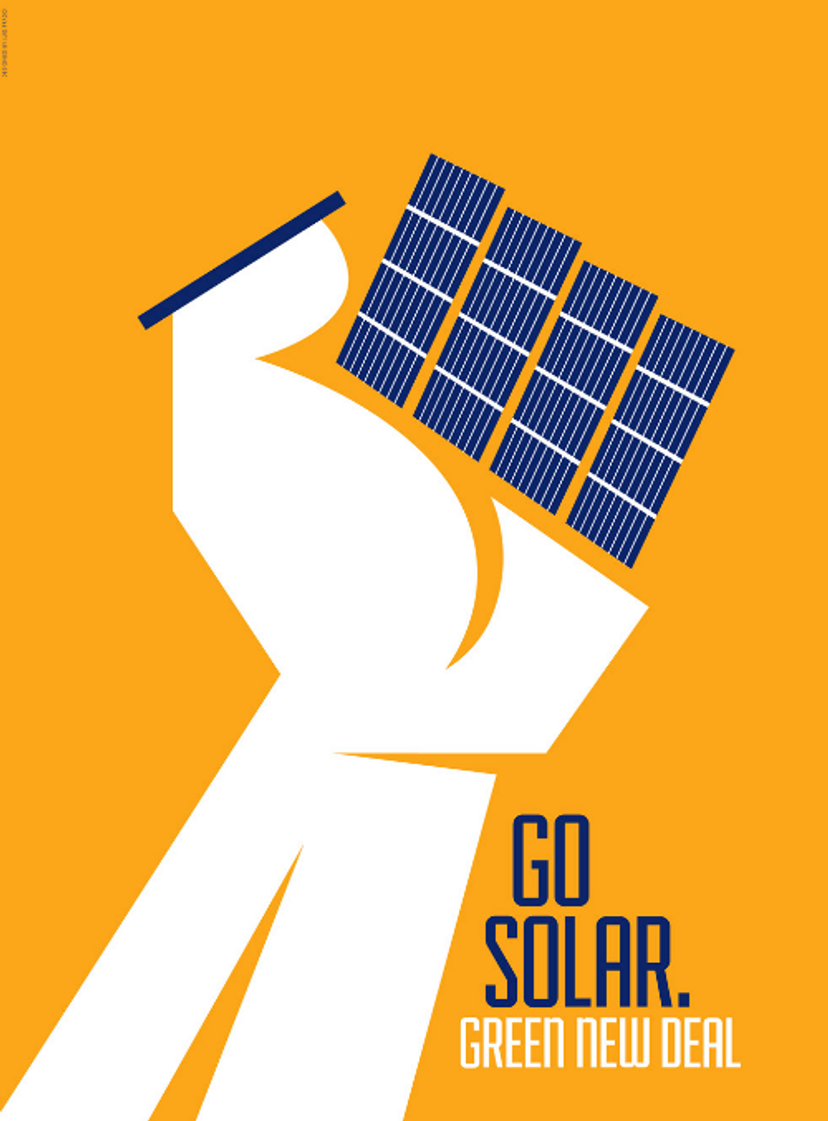 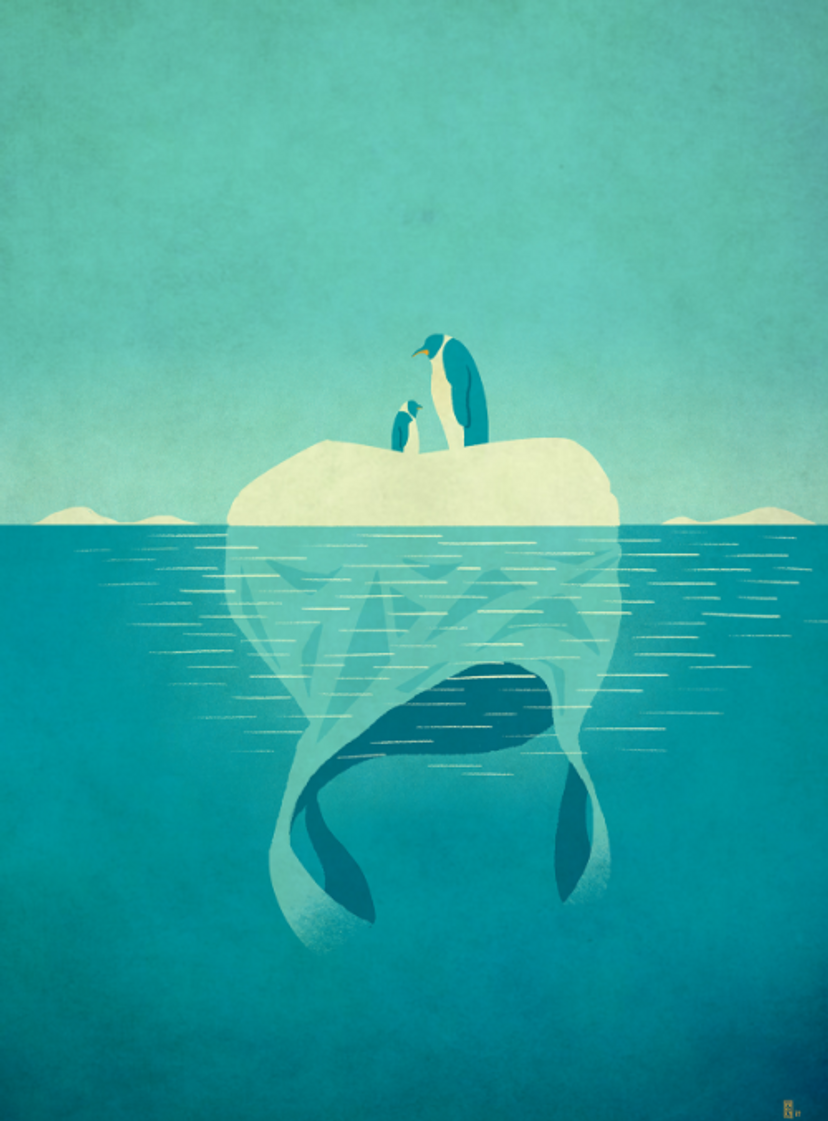 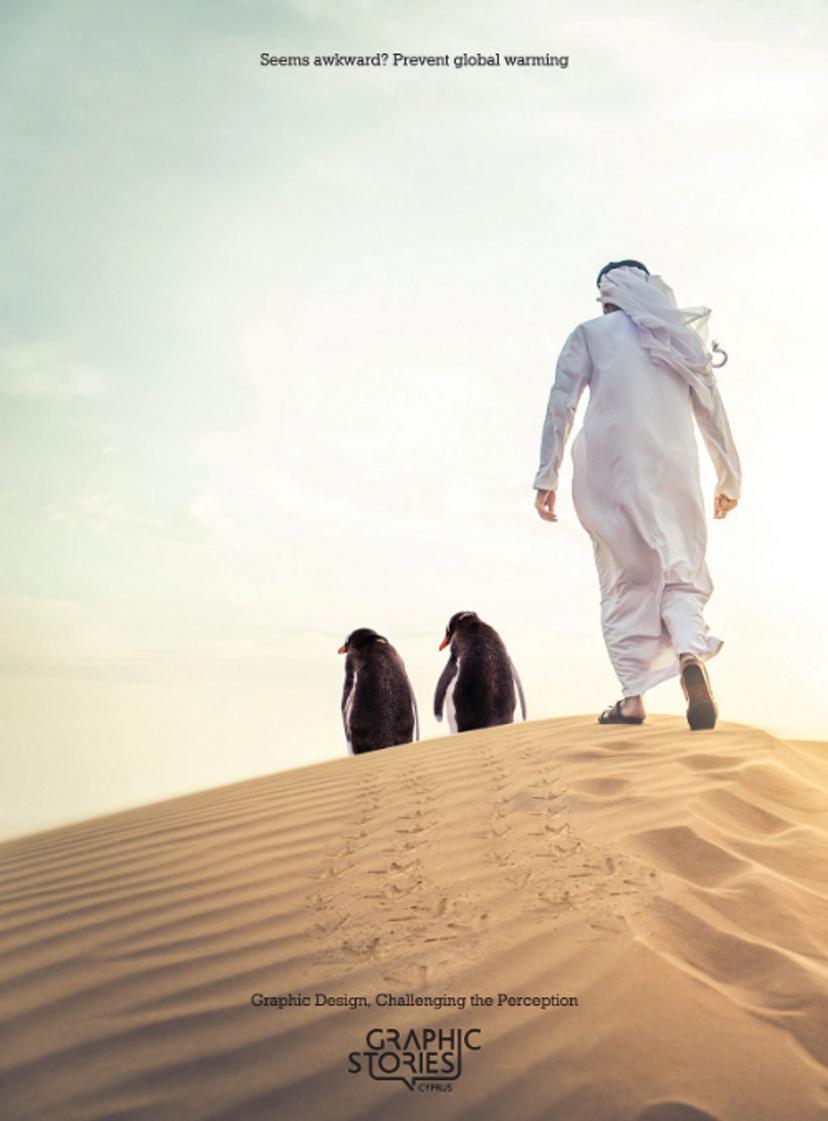 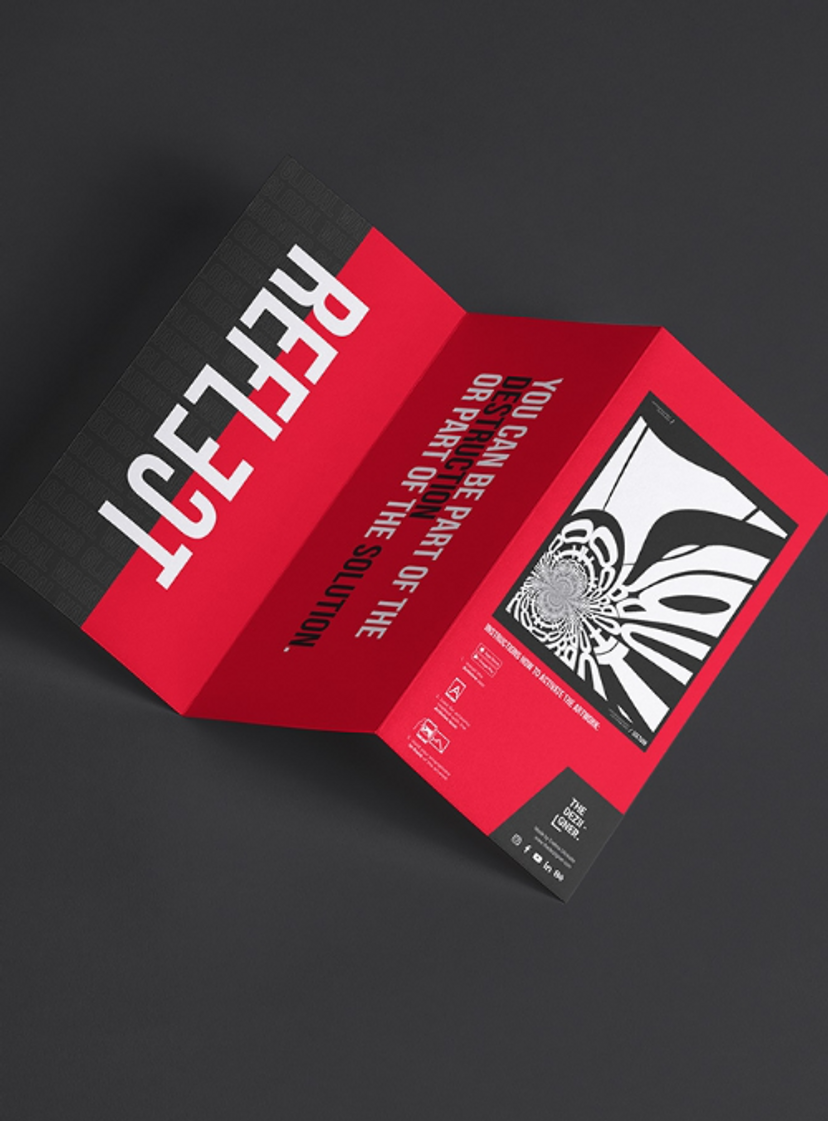 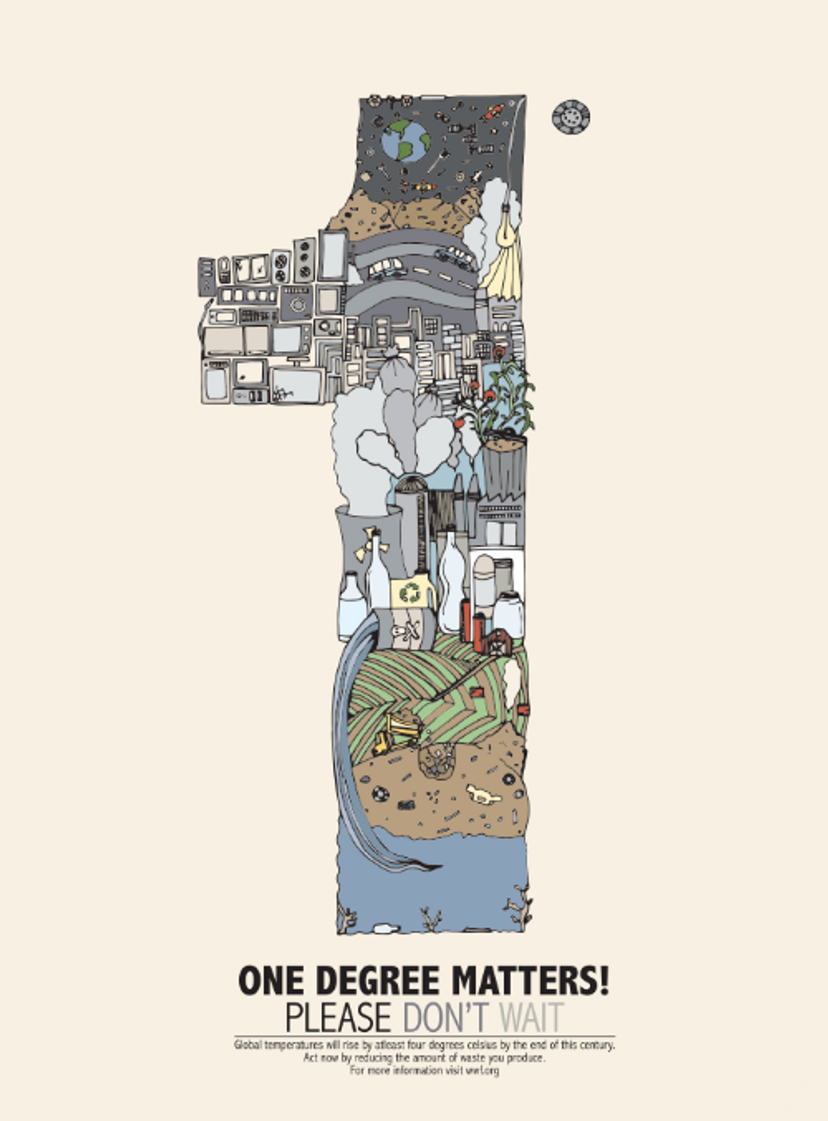 Sarah Pendleton-Moorhead is a writer based in Indianapolis, Indiana. But that’s not all she does: She’s also an artist, singer, mom, wife and self-described sci-fi and fantasy nerd.